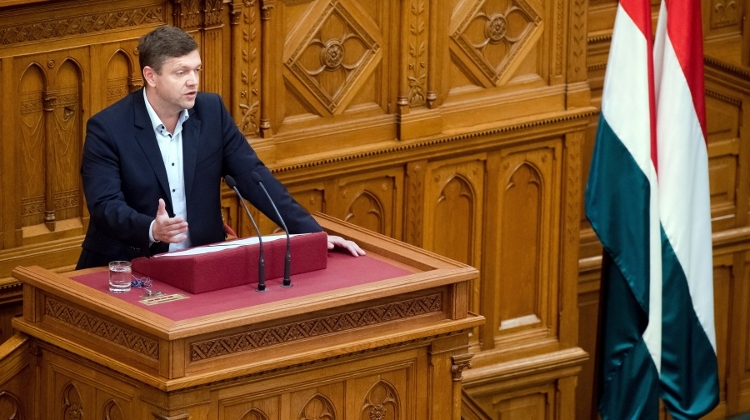 The opposition Socialist Party has accused Fidesz of waging an austerity programme by abolishing the preferential tax in several instances and scrapping employee benefits such as the so-called cafeteria system.

The Socialists will propose a tax amendment in parliament’s legislative committee on Thursday in favour of retaining the employee benefits that cover meal vouchers, lease subsidies, school start-up support, health and pension insurance, in their current form, Bertalan Tóth (pictured on top), the party’s leader, said.

Hungarian families, he added, would suffer to the tune of tens of thousands of forints if the benefits are scrapped. Tóth said the head of the Trade Union Confederation (MASZSZ) agreed with the party’s stance on the current cafeteria system.

Socialist lawmaker Ildikó Borbély Bangó slammed the 2019 budget as anti-future, adding that the “unpopular” budget would not begin to solve long-standing problems in Hungarian society. She said the budget also failed to address the housing problem.

Ruling Fidesz responded by saying that during its time in government, the Socialist Party had “exploited people for humiliatingly low wages”, curbed family allowances, pensions and public employees’ wages, and siphoned money from health care and education.

Since the Fidesz-Christian Democrat alliance embarked on its tax-cutting policy, the economy has been soaring, as have employment figures and wages, Fidesz said in a statement.

“All the Socialists can think of are austerity measures,” the party said. The reform of the cafeteria system aims to provide employees with “decent wages instead of vouchers”, the statement said.