Construction Of House Of Hungarian Music To Start Soon 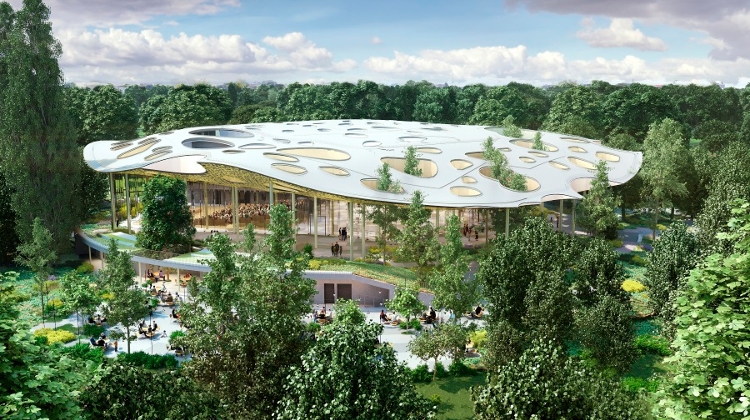 Construction of the House of Hungarian Music, an educational, museum and concert venue designed by the world famous Japanese architect Sou Fujimoto, will soon start as part of the Liget Budapest project in the City Park.

Liget Budapest, Europe’s largest cultural development project, is under way with the reconstruction of Olof Palme House, the construction of the Museum of Folk Art and an adjacent underground garage, among other elements of the project, the ministerial commissioner in charge, László Baán, noted on Wednesday.

The House of Hungarian Music, which is expected to be completed in 2020, is being built on the grounds of the former Hungexpo office buildings, he noted, adding that thousands of square meters of green space would be restored to the park.

András Batta, head of the professional working group overseeing the House of Hungarian Music, added that the permanent exhibition of the facility being built near the City Park’s lake will house interactive musical experiences and offer a comprehensive presentation of Hungarian and general music history.

A special “sound dome” will harness sound technology to create soundtracks. In addition the building will contain a concert hall, a lecture room, rooms for teaching, a digital library and an open-air stage.

The “floating top” of the building is a “visualisation” of a wave of sound vibrations, while the glass walls promote openness, Batta said.