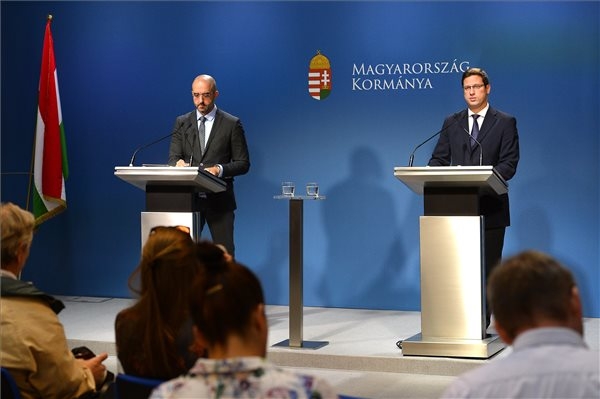 Government spokesman Zoltán Kovács has hit back at Hillary Clinton’s criticism of British Prime Minister Theresa May over her Conservative Party’s rejection of the Sargentini report in the European Parliament last month.

“Hillary Clinton is a failed politician whose losing campaign was also financed by George Soros,” Kovács said on Twitter, reacting to an article in British tabloid the Daily Mirror on Clinton’s criticism of May “for siding with far-right Hungarian leader Viktor Orbán”.

According to the paper, the former first lady slammed May “for siding with a far-right leader who is accused of anti- Semitism and has called migrants ‘poison’”. Clinton said the Tories had “come a long way from the party of Churchill” after their MEPs rejected the Sargentini report.

Kovács added that Clinton “represents Soros’s pro-immigration politics, and these are politics that were rejected at both the last Hungarian and American elections”.