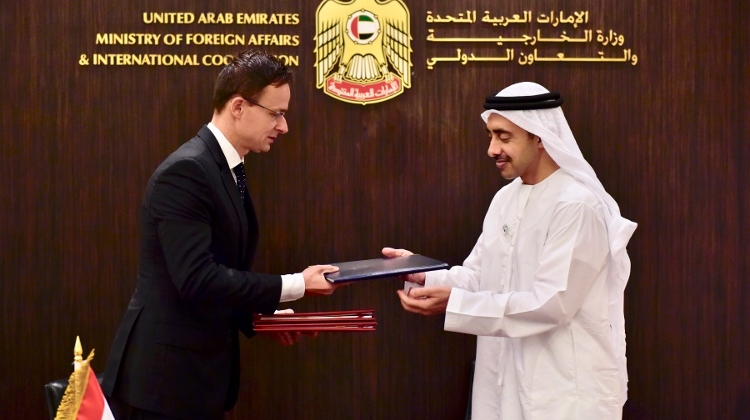 Szijjártó told MTI by phone that in line with the agreement Hungary and the UAE will coordinate their anti-terrorism efforts and inform each other on actions taken.

The UAE is a very important player in the stability of the Middle East because many terrorist organisations are trying to set foot on its territory and if they succeed it could also pose a danger to Europe, he said.

Efforts by the UAE are critically important in the fight against terrorist organisations, including AlQaeda and the Islamic State, Szijjártó said.

He added that Hungary, too, is dedicated to the fight against terrorism, as demonstrated by the 200 Hungarian soldiers fighting against IS in Iraq and the country’s involvement in several NATO missions.

Szijjártó said he had also signed a cooperation agreement under which the Emirates Diplomatic Academy and the Hungarian Foreign Affairs Institute will launch and exchange programme for young diplomats.

There are still plenty of untapped opportunities in bilateral economic cooperation with the annual trade turnover totalling only 210 million dollars.