Video: Prejudice & Pride In Hungary – A Look Inside The Far Right 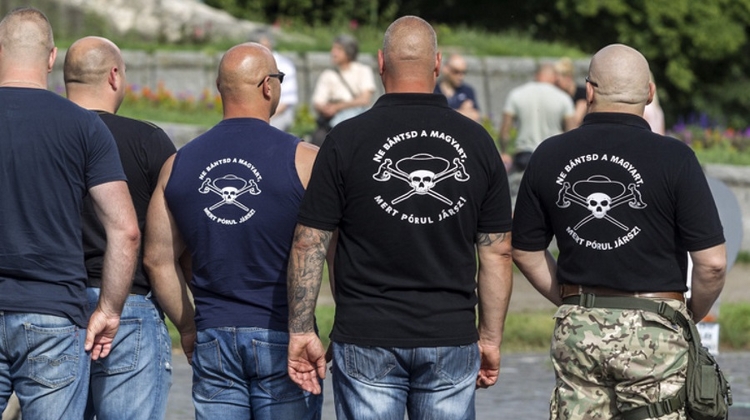 Hungary was the first country to close its borders when around one million refugees arrived on European soil in 2015. The country's Fidesz party swiftly positioned itself as the self-proclaimed defender of "Christian Europe" under the leadership of anti-immigrant leader, Prime Minister Viktor Orban.

Following a global trend, growing numbers of Hungary's youth are joining far-right wing and neo-Nazi movements, such as the Highwaymen's Army (Betyarsereg), to fight for a way of life they believe is under threat.

The Highwaymen are affiliated with the country's far-right political movement, Force and Determination, and believe in racially-justified violence.

They went to 'help' the military forces at the country's southern borders when migrants passed through Hungary on the Balkan route in 2015. And some of their members are currently on trial for intimidating Roma.

... In order to apply, you obviously have to be Hungarian, and white. Jews should avoid us. They're not only not allowed to join, but if he asked to join the Highwaymen's Army I would smack him in the face."

Botond, an 18-year-old high school graduate with ambitions to forge a career in Hungary's far-right politics, is still looking for a movement to join and is determined to defend Hungary against liberalism and multiculturalism.

"I feel like I have to fight, fight for my country ... There is a war against the white race. Nowadays, you can say whatever you want except if you are heterosexual, if you are white and if you are a Christian," says Botond, who goes on regular vigilante patrols in the city in search of what he calls "degenerates".

However, this perceived threat is a "myth ... because nobody is threatening Hungary, we don't have immigrants at all, zero immigration, but this is the one political topic everybody's discussing," explains Gaspar Tamas, a philosopher and political scientist.

"If you want to learn what the world might look like very soon, regard Hungary. And Hungary's an extreme of the predicament the whole world is going through."