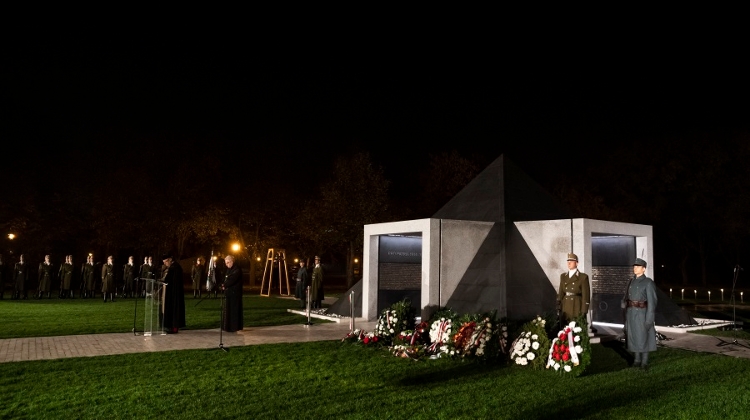 A memorial dedicated to the Hungarian heroes of the first world war was inaugurated in Budapest’s Fiumei Street cemetery on Sunday.

No war in Hungary’s history has claimed more lives than the first world war, state secretary at the human resources ministry Bence Rétvári said at the ceremony. Out of the 3.8 million people mobilised from Hungary’s then territory, 661,000 died, 743,000 were wounded and 734,000 were POWs, he said.

The memorial, the first to be erected in Budapest since the change of regime, is in line with the objective laid down in the fundamental law, namely to restore historical continuity broken during the Nazi and communist occupations of the country, Rétvári said.

The state secretary said the first world war had brought about a clash between empire-building forces, and a free Hungarian nation would never have lined up to fight in the war.

“This means that if we are seeking peace, we have to take sides with free nations as it is always the empire-building forces that plunge the world into tragedy,” Rétvári said.