Airbus Helicopters To Set Up Parts Factory In Hungary 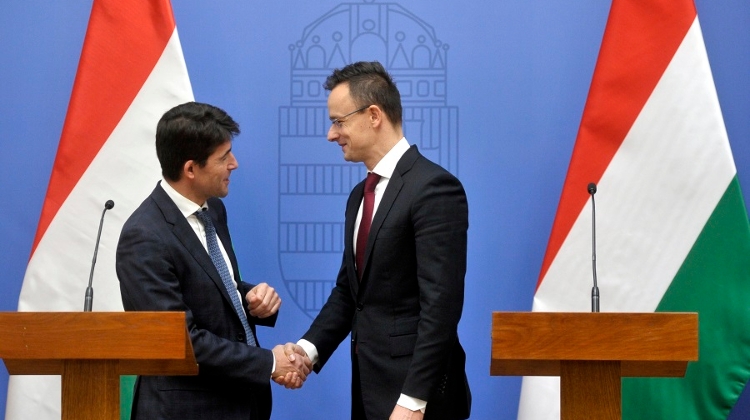 Airbus Helicopters To Set Up Parts Factory In Hungary. The investment coming on line in 2021 will create hundreds of jobs thanks to a cooperation agreement between the Hungarian government and the company, Péter Szijjártó said at a press conference.

Two eastern Hungarian cities are competing to host the factory, and the choice will be made early next year before being finalised after a decision on non-refundable government support for the project, he said.

Bruno Even, CEO of Airbus Helicopters, said the signing the MoU opened a new chapter in cooperation between Airbus and Hungary. Parts manufacture involves precision work for which Airbus will rely on Hungarian expertise. In two years’ time, every hundredth helicopter manufactured by Airbus will contain Hungarian components, he said.

Szijjártó said Hungary had won the investment against regional competition. Among the world’s leading companies in the production of civil and military aircraft and helicopters, Airbus as the largest aircraft and military company in Europe, is putting trust in the Hungarian people’s expertise and hard work.

Besides the factory, the deal also covers Hungary’s purchase of 36 new military helicopters which will contribute to meeting the country’s NATO commitments. The Airbus deal will also contribute to the share of development spending within the defence budget rising above 20%.

Airbus will also contribute to the relevant training of Hungary’s armed forces. Szijjártó noted that Airbus has maintained an engineering office in Hungary employing around 40 engineers since 2014.

He said cooperation with Germany and France would be closer thanks to the deal. “Airbus’s investment demonstrates true European commitment,” he added.
The minister noted that several aviation projects had been made in Hungary over the past few years.

Accordingly, the production value of aircraft production in Hungary has increased by 144 percent in the first ten months of the year.