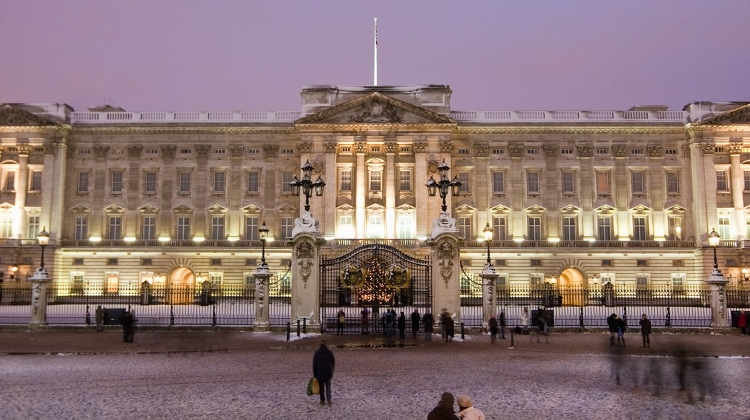 Nearly a thousand guests invited to the Garden at Buckingham Palace watched the spectacular drone-show produced by CollMot Entertainment, mentored by Design Terminal.

The 8-minute-long Christmas-themed show performed in central London was created using 40 drones and included holiday-spirited formations such as a Christmas tree with a Bethlehem star in the form of fireworks, a falling snowflake, an angel silhouette and a 3D animated reindeer.

The latter two show elements were created in collaboration with Ági Előd from Open Dimensions Ltd.

In addition to the spectacular drone show, it is a matter of pride that on December 10-12 Design Terminal alumni GlovEye, CollMot Entertainment and Cogito – which is currently taking part in the innovation agency’s mentoring program – also participated in the global finals of Pitch@Palace start-up competition founded by His Royal Highness, Prince Andrew, the Duke of York.

His Royal Highness, Prince Andrew, the Duke of York, the son of Queen Elizabeth II, founded the Pitch@Palace competition in 2014, which aims to support and mentor upcoming and innovative businesses.

Design Terminal is an innovation agency, which builds bridges between startups and corporations, connecting two different business environments and supporting the development of a regional entrepreneurial ecosystem. Their mission is to bring talented start-ups together with innovative companies to create value for all of society.