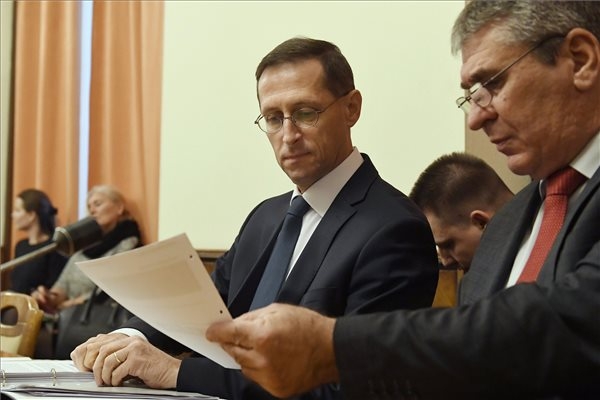 Hungary does not support the proposal to create a separate euro zone budget, as such a concept would be against the country’s interests, Finance Minister Mihály Varga was quoted as saying at a meeting of EU finance ministers in Brussels.

Varga told his EU colleagues that having a separate budget for the countries that share the common currency could present serious risks.

A euro zone budget would unnecessarily deepen the existing divide between euro zone and noneuro zone members, he said.

Varga said all EU member states had a duty to develop their economies, help the less advanced countries catch up with the more prosperous ones and promote innovation and R&D. But the passage of a joint euro zone budget would restrict non-euro zone countries from financing the bloc’s common goals.

The idea for a euro zone budget was proposed by German Chancellor Angela Merkel and French President Emmanuel Macron in June after their meeting at Merkel’s Meseberg retreat outside Berlin.

The creation of such a budget requires the backing of the other 17 euro zone countries.

Several other countries, including the Netherlands and Finland have also expressed their opposition to the plan.

Most Hungarians Want To Adopt Euro

Economy Minister: Hungary In No Rush To Adopt Euro