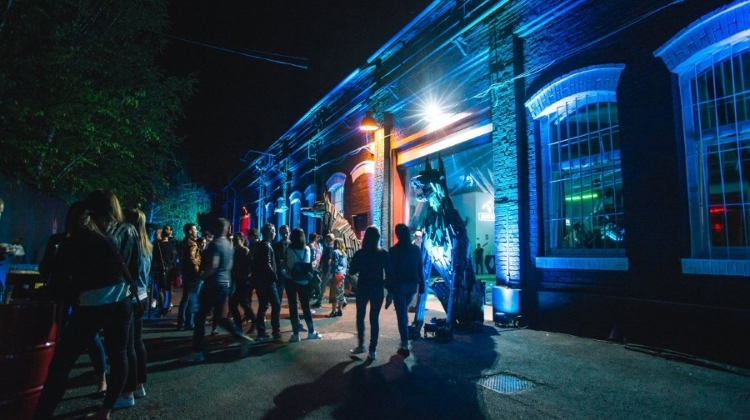 The facility of artist Gábor Miklós Szőke will host the three-day Dante XXI arts festival in October, in collaboration with the CAFe Budapest contemporary arts festival.

The contemporary arts facility, with its studios, showrooms, and design offices, will open its doors to the public for the first time. The facility won the title of "Design Office of the Year" last year.

Dante XXI offers concerts, gastronomy-related programs, as well as free guided tours and family activities to guests at the Csepel Works in District 21.

The central figure of this imaginary realm is Dante, named after the artist’s late Dobermann. It is with the help of Dante’s figure that visitors during these three days are guided among the ramshackle factory buildings of Csepel Works in the 21st District, among which the 21st-century atelier of the Gabor M Szoke Studio rises in its imperial splendour.

Hundreds of people may come and go in Gábor Miklós Szőke’s studio while a monumental work is executed, and now, as part of the Dante XXI event series, visitors can access all these rooms, and take a peek behind the scenes.

CAFe Budapest will provide free bus rides from Városháza Park in Budapestʼs District 5. Pre-registering for the buses is mandatory.

More information about the festival can be found here.