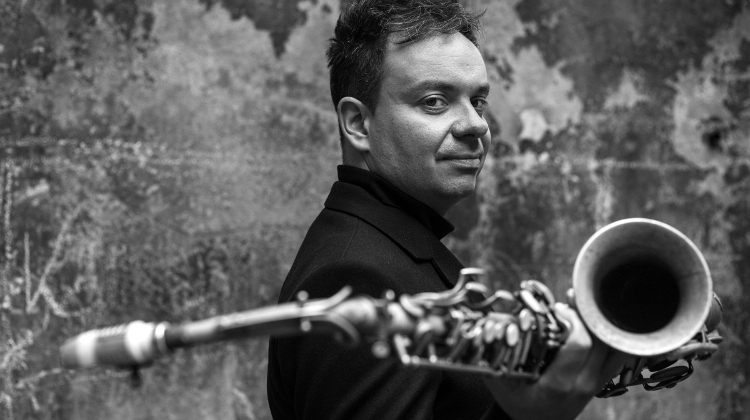 Polska Jazz Festival returns to BMC - Opus Jazz Club for the 6th time, giving a unique glimpse into the ever-changing Polish jazz scene with some of its greatest current performers.

The album Unloved was launched with a release concert at the Jazztopad Festival in Wroclaw on November 17, followed by club and festival dates in Germany, Austria, Spain, Norway and Poland.

Maciej Obara and pianist Dominik Wania first established their musical rapport inside a Tomasz Stanko ensemble a decade ago, discovering a shared feeling for form and for freedom. Lines of influence radiate in many directions in this band, and all of the players are adept at functioning and thriving in the interstices of the idioms and the zones between the notated and the completely free.

Tomasz Chyła Quintet is one of the most promising young bands on the Polish jazz scene. They entered the Polish scene of improvised music proving that young Polish jazz is growing in strength.

The performances of the young band are known for their incredibly expressive, virtuosic performances of soloists and energetic, common and open improvisation of the entire group, however not conflicting with a taste for simple forms and melodiousness.

Violinist Tomasz Chyła, leader of the quintet had this vision clear in his mind when he invited his friends – some of the best young musicians in Poland. Chyła's seemingly non-jazz instrument works brilliantly in symbiosis with the rest of the band members, all of them dynamically building and developing the Tri-City jazz scene.

Their debut album Eternal Entropy has been excellently received by the music community. The album was nominated for the prestigious Polish FRYDERYKI 2017 Award in the Jazz Debut category. This autumn the band releases their second CD, Circlesongs.

NSI is a Polish quartet formed by four talented and energetic musicians who are passionate about playing acoustic jazz. A wide range of musical inspirations can be traced in the music of NSI Quartet’s music.

Energetic, strong sound, full of improvisations and mutual interaction but not lacking mellow moments, when you can forget yourself in mesmerizing, romantic melodies – these are for definite the most characteristic parts of NSI Quarter’s style. The music is full of wonderful colours and shades which one simply can’t ignore.

The band won many awards at international jazz contests and performed at numerous festivals. The NSI Quartet released two albums so far – Introducing and last year The Look of Cobra, the latter with the contribution of the outstanding pianist Dominik Wania, who will appear as special guest at the present concert, too.

The Piotr Budniak Essential Group was formed in 2014 out of rising stars of the Polish jazz scene. In 2015 they already released their debut album, Simple Stories About Hope And Worries, which was recognized as one of the best Polish albums of the year by the readers of the established Polish magazines Jazz Forum and JazzPress.

In the spring of 2018, PBEG came out with a concert album, The Days of Wine And Noises, recorded with the excellent Czech guitarist David Doružka, associated with the New York jazz scene.

The music of PBEG, composed by Piotr Budniak, is full of warmth, melodies, drive and space, combining its high artisitc level with the receptibility of their audience always very well.