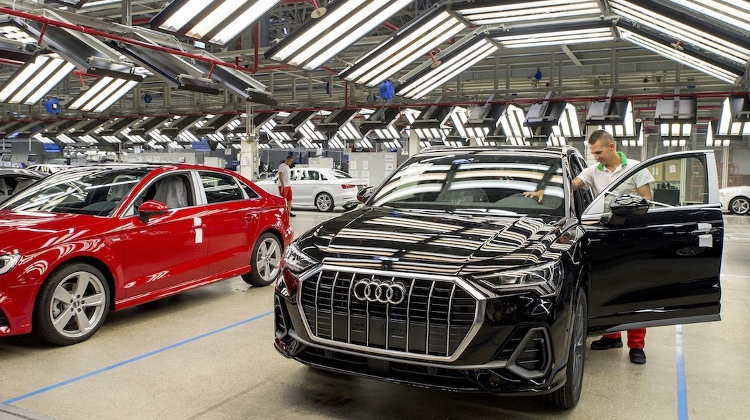 Management of Audi Hungária reached an agreement on this year’s wages with the Audi Hungarian Independent Union (AHFSZ) on Wednesday afternoon, the local unit of German carmaker Audi told MTI.

The strike will end on Wednesday evening and production is restarting in every area, the statement said. AHFSZ started a week-long strike over wages on Thursday, bringing the Audi Hungária plant in the northwestern city of Győr to a standstill.

Audi Hungária employs some 13,000 people in Győr. AHFSZ counts more than 9,000 of those workers among its members. Audi was forced to put production on hold at its headquarters in Ingolstadt on Monday, after deliveries of engines from Győr stopped.

An Audi spokesperson told MTI earlier on Wednesday that the forced shutdown in Ingolstadt would last at least until Monday next week. A decision on when to restart production is expected to be taken on Friday, the spokesperson added.