See What Happened @ Celebration Of India’s Republic Day In Budapest 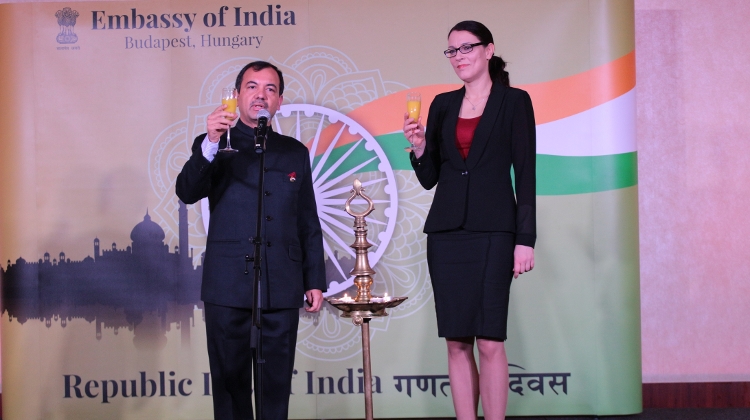 The Embassy of India in Hungary invited around 300 guests to celebrate the 70th Republic Day of India on January 26th in the ballroom at the Budapest Marriott Hotel.

Celebrations actually started in the morning with Ambassador Kumar Tuhin unfurling the national flag at the Indian Embassy premises in Budapest.

About 150 members of the Indian  community and friends of India along with the embassy officials gathered at this solemn occasion sang the National Anthem and listened to the message from the President of India read out by the Ambassador. Refreshments were served thereafter.

The celebrations continued in the evening with a grand Reception hosted at Hotel Marriott attended by members of the Diplomatic Corps, dignitaries, senior government functionaries and prominent representatives of the Indian community and Hungarian political, business and cultural scenes.

The chief guest for the occasion was Ms Cecilia Szilas, Dy State Secretary for Development of Eastern Relations in the Ministry of Foreign Affairs. She expressed her warm wishes for the occasion and emphasized the commitment of the Ministry in strengthening the diplomatic relations between India and Hungary in future. 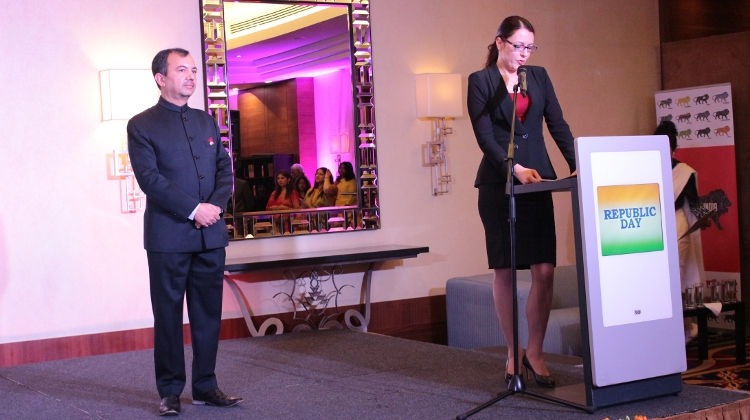 In his address, Ambassador Kumar Tuhin conveyed his festive greetings to the audience and interalia emphasized the significance of this year’s celebration as it not only marks  70 years of India- Hungary diplomatic relations but also 70 years of the promulgation of the Indian Constitution.

Ambassador Tuhin said that India’s relations with Hungary is steadily growing and the interaction in diverse sectors, especially in economic and commercial sectors, is increasing. He  thanked all the guests for attending and celebrating this special day together. 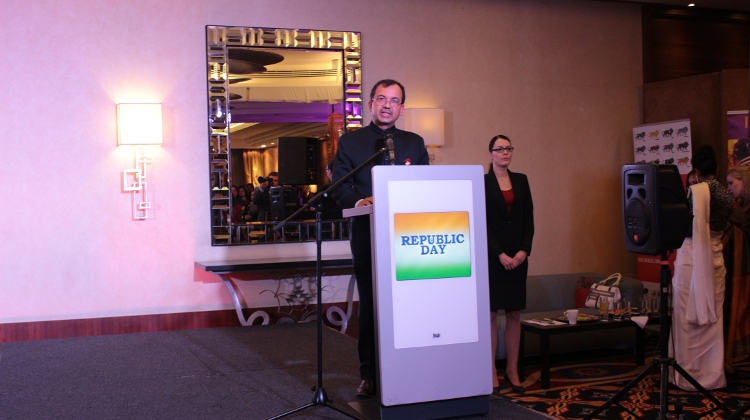 The evening proceeded with the ceremonial lighting of the lamp, release of the special Republic Day issue of Bi-Monthly magazine Amrit and a colourful cultural programme. 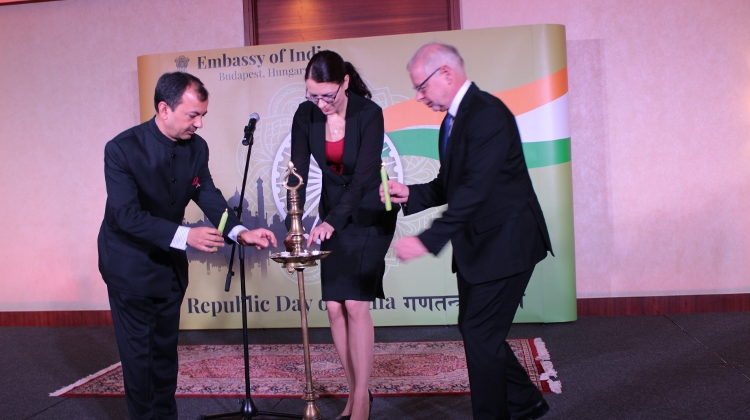 This was followed by Kathak performance by Sonali Roy and her group on a soulful Sufi song sung by Abida Parveen. 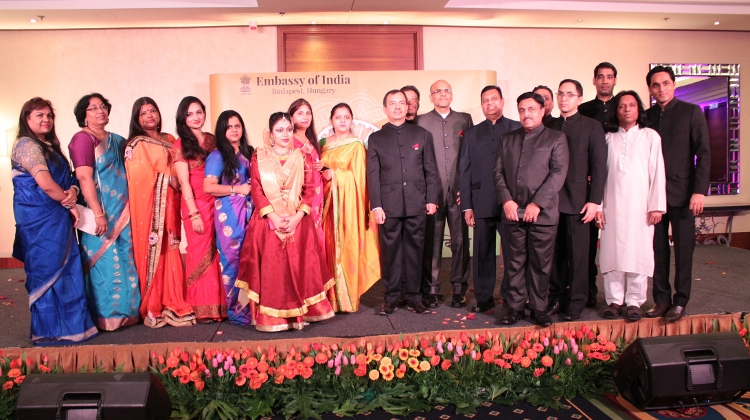 The evening’s programme was concluded by a musical extravaganza presented by the well known band of Hungary Meshinda band with the lead singer Guessous Majda Maria where the group rendered enchanting fusion of Hindi and Hungarian patriotic songs.

Photos: used courtesy of the Embassy of India in Hungary / Orsolya Fogarasi.