FM Szijjártó: Hungary Has Had 'Fair Share' Of Experiences With Fake News 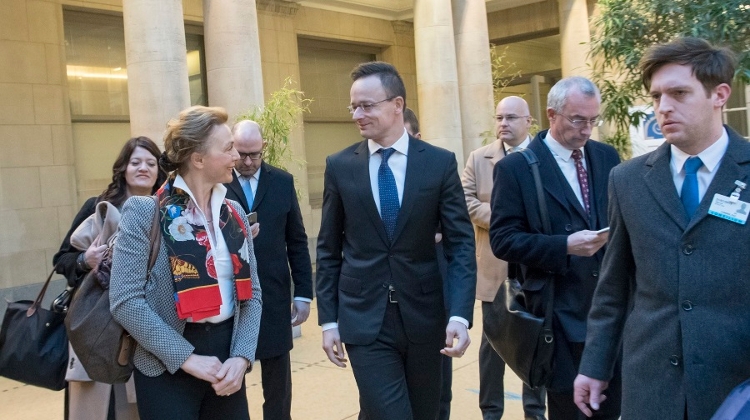 Hungary had its “fair share” of experiences with fake news and attempts at outside interference in its domestic affairs, Foreign Minister Péter Szijjártó said on the sidelines of a meeting with his EU counterparts in Brussels.

Speaking to reporters, Szijjártó said the meeting also covered plans by the European Union to introduce a new mechanism designed to filter out fake news stories and protect the bloc from the interference of foreign powers.

One such case in which fake news has affected Hungary, he said, has been that of Ahmed H, the Syrian migrant who spent 40 months in prison for inciting a riot in 2015 on the Hungary-Serbia border.

Szijjártó noted that other EU member states and NGOs had addressed that case and that the European Parliament had explained in a report that Ahmed H was trying to keep the others at the border calm.

Ahmed H was sentenced to five years in prison in a repeat procedure last year for illegally crossing the border as part of a rioting crowd and throwing objects at police, which the court regarded as complicity in terrorist activities. Szijjártó said he had informed his counterparts that the Syrian migrant’s expulsion from Hungary is under way.

“We’re waiting for member countries that backed Ahmed H during the trial proceedings to volunteer to take him in,” he said. So far, there are no takers, he added.

On the topic of the ongoing EU-ASEAN meeting in Brussels, Szijjártó said that given the growth of the Southeast Asian region, the EU should work to speed up its ongoing talks on free trade deals with the ASEAN countries.

The volume of Hungary’s trade with the region went up by 23% during the first ten months of 2018, the minister added. Szijjártó said that on the EU event’s sidelines he held bilateral talks with his Thai, Malaysian, Singaporean and Philippine counterparts, as well as with the deputy foreign minister of Vietnam and the minister for international cooperation of Myanmar.