Local Opinion: American Campaign Strategist On The Soros-Campaign In Hungary 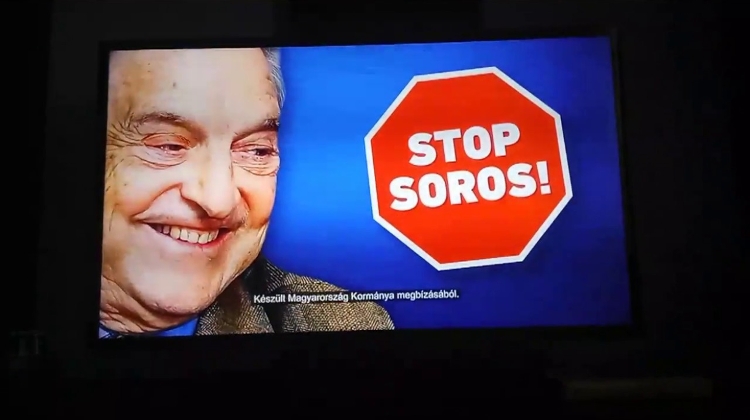 A left-wing analyst and a liberal weekly comment on the the anti-Soros campaign and accuse the government of cynical fear-mongering and using anti-Semitic tropes.

In an early January interview with the Swiss weekly Das Magazin, George Birnbaum claimed that it was his and his late business partner Arthur Finkelstein’s idea that the Orbán government should attack George Soros in their campaign.

Finkelstein and Birnbaum worked for the Századvég think tank. Birnbaum described George Soros as the ideal personification of both liberalism and global capitalism, thus by targeting the Hungarian-American businessman, Fidesz could do much to boost its popularity.

Birnbaum denied accusations that their campaign was anti-Semitic or that it could stir anti-Semitic sentiments. Government spokesman Balázs Hidvégi said Birnbaum has never been a Fidesz advisor and Mr Soros didn’t have to be invented as a scapegoat, for he was actually active in politics, as shown by the Financial Times’ decision to choose him as Person of the Year 2018.

In its weekly editorial, Magyar Narancs sees the interview as proof that the government wanted to foment hatred and fear by using George Soros as a bogeyman.

The liberal weekly likens the government’s campaign against George Soros to the propaganda of the 1930s by the far-right and of the Communist in the 1950s.

The authors simply do not believe Birnbaum’s comments that he and Finkelstein were unaware of the campaign’s anti-Semitic undertones. The main purpose of the stunt was to divert attention away from corruption, Magyar Narancs contends.

The liberal weekly accuses ‘the whole Hungarian public administration’ of having participated in the anti-Soros campaign.

In 168 Óra, Zoltán Lakner also contends that the government’s campaign against Mr Soros was conscious of its own anti-Semitic overtones.

The left-wing political scientist accuses the government of the kind of cynical and amoral politics common in non-democratic systems, although both Birnbaum and Finkelstein have only worked in democracies, including the United States and Israel.

Lakner suspects that their campaign has made the Hungarian public more prone to believing all kinds of conspiracy theories.