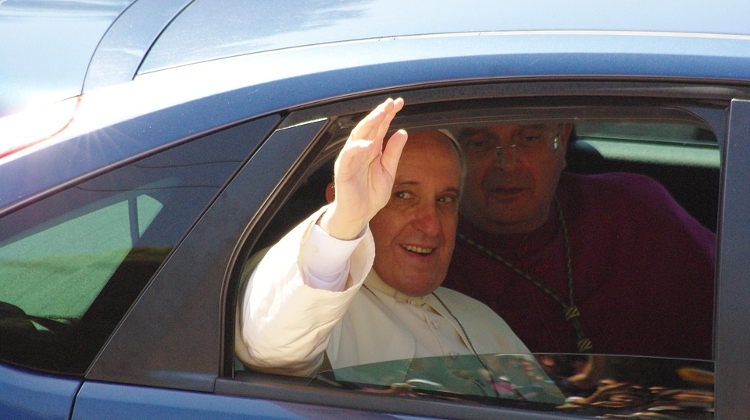 A conservative columnist welcomes the unprecedented decision of the Pope to visit the main place of worship of Hungarians in Transylvania.

The Vatican announced on Friday last week that Pope Francis will pay a visit to Romania from May 31 to June 2 this year. In addition to Bucharest he will also visit orthodox and  Greek Catholic Church centres, as well as Csíksomlyó, the number one site of worship of ethnic Hungarians in Transylvania.

Mandiner’s Gergey Szilvay rejoices at the announcement, and recalls that the late John Paul II only visited Orthodox and Romanian Catholic sites during his trip to Romania twenty years ago.

The Vatican has traditionally ignored the complaints of Hungarian Catholics in Romania, he writes, and often named Romanian speaking bishops at the head of their dioceses.

Its main priority was to appease the Orthodox Church and create favourable conditions for Romanian Catholics in an Orthodox dominated region.

The Romanian Catholic Church, Szilvay continues, has traditionally been busy proving its patriotism and has been distrustful of the million strong Hungarian Catholic community.

It was in the vanguard of efforts to deny Csángós Hungarian language religious services and schools. (The Csángó community fled from Transylvania to Bacau, now an eastern region of Romania, in the 18th century after a massacre perpetrated there by the Austrian army.)

Szilvay regrets that Pope Francis does not plan to visit them, but considers his visit to Csíksomlyó (Șumuleu Ciuc in Romanian) where Hungarians hold a mass pilgrimage each year to worship the Virgin Mary, a breakthrough.

The Pope’s visit there, a week before the annual pilgrimage, will shed some light on the problems of Hungarians in Transylvania, he believes.