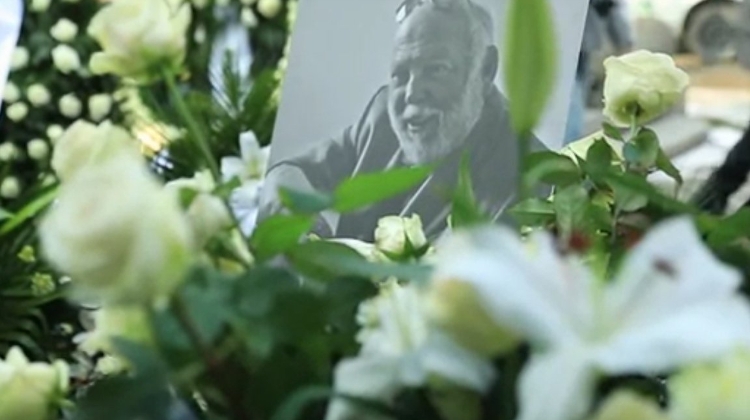 Prime Minister Viktor Orbán and his wife were among the 200-300 people who attended the service at the prestigious plot 19 in the cemetery on Fiumei út.

The ceremony was closed to the public and the media at the family’s request.

As the cabinet arranged the funeral, security was extremely tight.

Photographers and journalists were stopped at the entrance to the cemetery and the cars were examined by sniffer dogs.

Vajna’s friend Arnold Schwarzenegger, who flew to Hungary on a private plane on Wednesday, delivered a eulogy.

“I loved Vajna very much, and respected him very much,” the actor said. “His was the story of a great immigrant”.

Noting that Vajna gained a reputation with his first film, Rambo, he said Vajna was “a real action hero”.

Schwarzenegger Returns To Budapest To Speak At Vajna’s Funeral