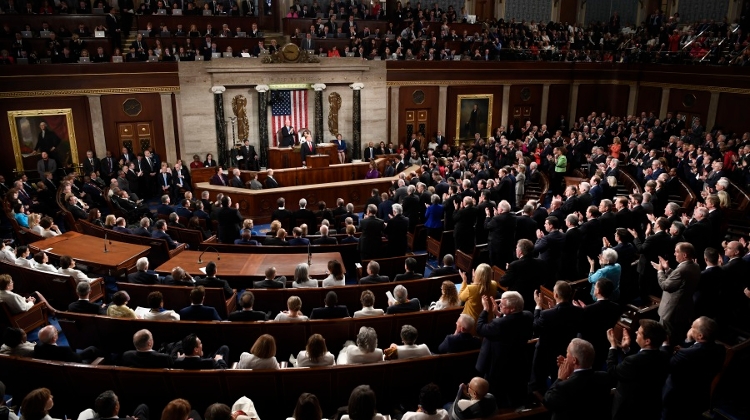 A left-wing and a conservative columnist offer diametrically opposed interpretations of President Trump’s State of the Union address (Photo courtesy of Northfoto).

Népszava’s Gábor Horváth thinks that President Trump has given up on all of his campaign promises, and his only aim is to survive his term.

The left-wing columnist suggests that President Trump wants to sustain anti-immigrant and even anti-Communist fears in an attempt at diverting attention from accusations of having been helped by Russia to win the election in 2016.

Horváth, however, is confident that most Americans do not buy into President Trump’s anti-immigrant fear-mongering.

In Magyar Hírlap, Tamás Ulicza on the other hand, believes that President Trump’s does have a constructive main message – that of strengthening national sovereignty through ‘building bridges within, and walls around the nation’.

The conservative commentator suspects that President Trump used his speech to target the Socialist rising stars of the Democratic Party by accusing the Left of deepening cleavages within the nation and intending to keep borders open to migrants.