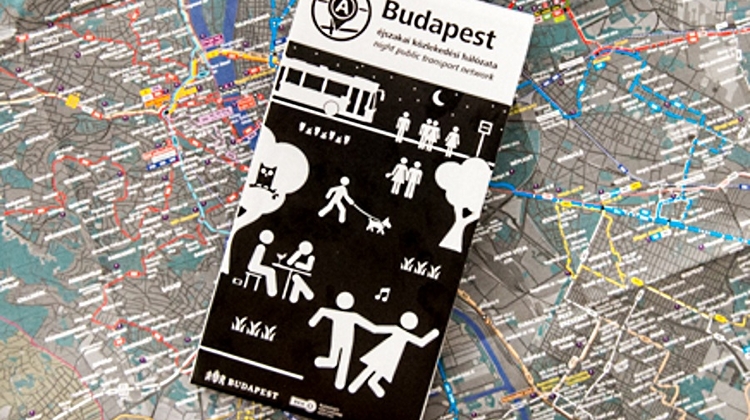 The small-sized pocket map is available free-of charge at BKK’s Customer Service Centres and Customer Service Points, which is a schematic map about the night transport services operating in the city centre.

Apart from the route of the night-time service of tramline 6 and the night-time transport connection of the Liszt Ferenc Airport (buslines 100E and 200E) metrolines M2 and M4 running until 12:30 AM on Friday and Saturday nights since December, 2017 and the last scheduled suburban railway services departing later than previously on suburban railway lines H5 and H8, adjusted to the service of metroline M2, are indicated.

Names of the stops served by night services are indicated in the map and even BKK TVMs operating around the clock in the vicinity of the indicated stops are marked on the map.

Besides the useful information, on the map’s back cover there are information on the characteristics of the lines, on the valid tickets and passes and also a site plan about the night transport services’ major hubs with accurately identifiable stations can be found.

Besides BKK’s lines, the map shows MÁV-Start’s and Volánbusz’s night services that can be used in possession of the Budapest-pass within Budapest’s administrative boundary.