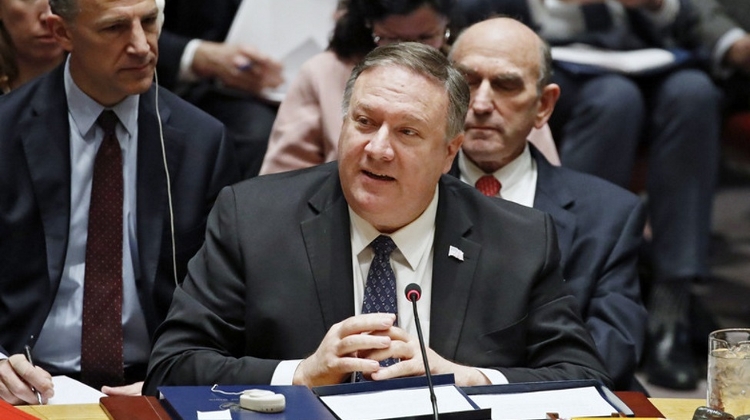 The visit is scheduled for Monday, the Hungarian prime minister’s press chief told the portal.

Asked about the visit at a V4-Germany summit meeting, Prime Minister Viktor Orbán said t he would meet US Secretary of State Mike Pompeo for talks, with “military and security issues on the agenda” with special regard to Ukraine. He said Ukraine was an “important neighbour” but added that “Hungary’s position is causing difficulties in cooperation between Ukraine and NATO”.

He also said that “while Hungary has a pro-Ukraine government, the Ukrainian government is anti-Hungarian, which generates conflicts.”

Foreign Minister Péter Szijjártó said Pompeo’s visit demonstrated that Hungary is a trusted NATO ally. Hungary’s political relations with the US have been improving since a Republican administration entered office, he said. “One could say that our political relations are slowly reaching the level of [our] economic and defence cooperation,” he said.

Hungary is committed to strengthening the North Atlantic alliance and supporting the United States in its global efforts to fight terrorism and the Islamic State terrorist organisation as the leader of an international coalition, he said.

The Hungarian government’s foreign policy has been guided by the principle of mutual respect which has been reflected in bilateral political cooperation since Donald Trump was elected US president, Szijjártó said.

“Hungary has never joined the chorus of the European political mainstream that keeps criticising the Trump administration’s foreign and domestic affairs decisions,” he added. The foreign minister said he would hold a joint press conference with the US secretary of state. Pompeo will also meet Defence Minister Tibor Benkő.