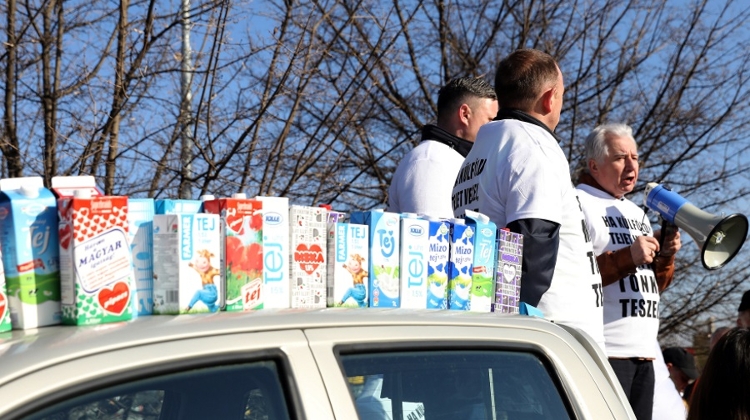 Dairy farmers demonstrated at the Penny Market logistics centre in Alsónémedi, Pest country on Tuesday, in protest against the discount retail chain’s sale of cheap milk imported from Slovakia.

The protest was supported by the Chamber of Agriculture (NAK) and the farmers association Magosz.

NAK president and Fidesz MP Balázs Győrffy declared that “this demonstration will probably be sufficient to make Penny Market executives understand that they cannot jeopardise the domestic dairy industry by cheap milk sales”.

Demonstration organisers underlined that domestic dairies are able to produce UHT milk for not less than Ft 139-148.

They also alleged that Penny Market must be selling the imported milk at a loss, as the wholesale price of milk is higher in Slovakia than the Ft 100 per litre price in Hungary.

In response, Penny Market said its primary aim is to sell domestic milk, but if the supply of proper quality products is insufficient then imports are needed to meet consumers’ demands for products with good value for money.