Demand Growing For Homes Above HUF 100 Million In Hungary 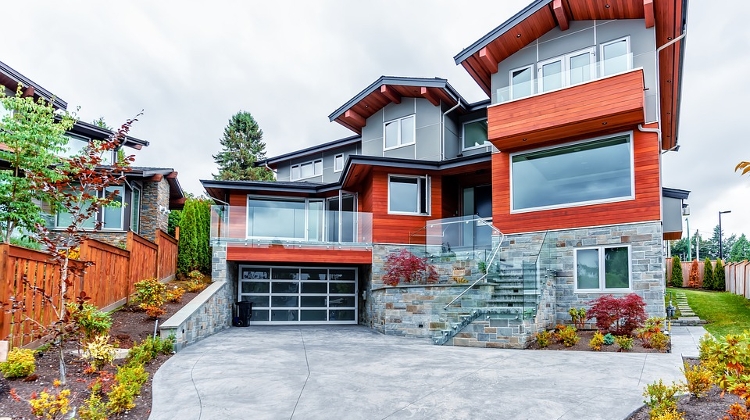 In todayʼs booming property market, homes with a price tag in the HUF 100-200 million range are in high demand, both in Budapest and in the surrounding agglomeration, according to a press release from GDN Real Estate Network.

"Itʼs not only companies that are buying, but individuals as well," says Zoltán Gadanecz, founder and owner of GDN, regarding the popularity of these more expensive buildings.

"This is a segment which used to stagnate, and was regarded as unique, and it was rather celebrities and wealthy clients who purchased in this price region. Today, a wider layer of people are willing to pay this price, and demand has grown markedly in this category as well."

At the same time, Gadanecz notes that the HUF 1 mln per square meter price currently typical in Buda for homes in the 50-70 sqm range is bound to reach a ceiling soon.

"It means that this is the price category where only homes with very good characteristics can be sold quickly," he stresses.

"When paying from their own pockets, individuals are very picky, thoroughly looking at the condition of the real estate. The standard cube-shaped houses are pushed into the background; only homes built in the 1990s or later can satisfy the needs of searchers, as they have a better looking, more modern shape."

Gadanecz adds that the condition of homes built before the 1990s is inadequate as the residential community in this category is often older, and they often fail to pay enough attention to the condition of the buildings in question.

On a different note, Gadanecz explains that demand for homes in the capitalʼs agglomeration is significantly higher, which he regards as natural as the market is generally performing well.

"People spare no expense when it comes to buying a bigger home in the vicinity of the city. Those who were formerly willing to go as far as Dunakeszi are willing to go to Göd as well, to get a spacier home, for even less money," he remarks, mentioning two communities in the commuter belt north of the capital.

He adds that other towns in Pest County such as Csömör, Pécel, and Budakeszi are also very popular, and as long as there is no setback on the market, demand will only keep growing, pulled along by Budapest itself.