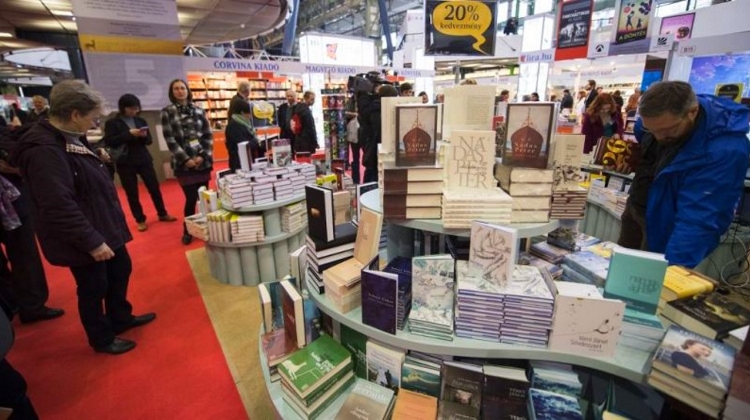 From the organizers: International Book Festival Budapest, held for the 26th time in 2019, is a recognized event of the international world of books, as one of the important professional and intellectual forums of the region.

The Book Festival awaits its visitors at Millenáris, which provides a rich cultural milieu, a modern atmosphere, an even smarter exhibition area and very good accessibility.

International Book Festival Budapest traditionally invites the most renowned authors of the world. Award ceremony of Budapest Grand Prize and the on-stage conversation with the prize-winner will be a special event of the upcoming Book Festival.

The festival hosts about 100 authors from 25 countries, more than 400 Hungarian authors, scientists, and artists and offers a wide range of cultural programs, such as meetings with authors, signings sessions, book premiers and presentations, roundtable discussions, concerts, theatre performances, exhibitions and films.

Karl Ove Knausgård Norwegian writer whose six-volume autobiographical novel, Min kamp (2009–11; My Struggle, 2012–18), proved to be a runaway best seller in Norway and also captivated a large and growing number of English-language readers.

He further determined not only to tell the story of his own life—without hiding behind a character’s persona—but also to examine it in excruciating detail in an attempt “to find meaning in an ordinary life.”

All this he began to do, using the real names of the people in his life and writing his thoughts uncensored, alternating between essayistic meditations and examinations of the minutiae of child rearing and other domestic activities.