New 5-Star Hotel To Open On Vörösmarty Square In Budapest 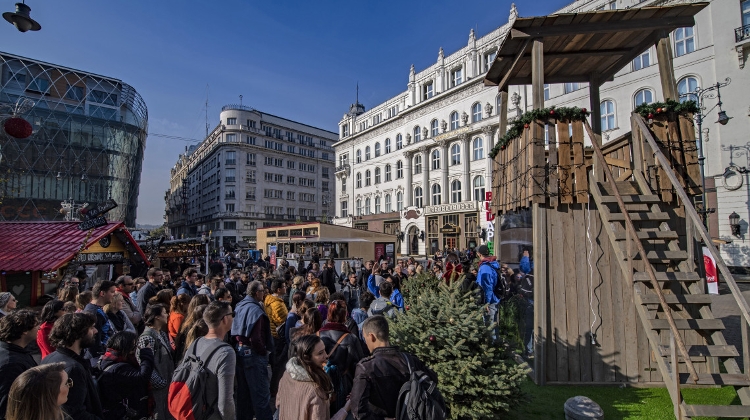 New plans reveal that the building complex near Vörösmarty Square is soon to be renovated. The location will be turned into a luxury hotel.

The real estate developer BDPST Group got the permit to turn the complex near Vörösmarty Square where both the Mahart and Futura House are located into a 5-star hotel – reports Pestbuda. They got the permit on April 8th.

The investment is significant from the point of view of preserving the architectural heritage of the capital.

After the renovation, the building complex will serve as a premium category design hotel while also giving place to apartments and retail shops.

The plans to modernise the building were made by the Italian architectural firm, Lissoni Architettura. However, Hungarian experts are also involved in the project.

The 5-star hotel will be operated by the Marriott International chain, under the brand of Autograph Collection Hotels. They revealed that the renovation concerns three buildings in the city centre that are from three different periods of architectural history.

Out of the three, two have been empty for almost a decade now, leading to their current damaged state. The façade of Futura House is under local protection, while the other two buildings are considered national monuments.

The investor also offered to renovate the public spaces surrounding the building complex. So, Vörösmarty Square and the surrounding area will be renovated, and the investor also made a promise to restore any damages caused to the pavements during the renovation works.

They also agreed with the local government to provide 15 parking spots in nearby parking houses for local residents to make up for the spaces lost because of the area that had to be closed off.

Because the buildings concerned count as national monuments and world heritage locations, the project was declared as significant investment from the point of view of the national economy.