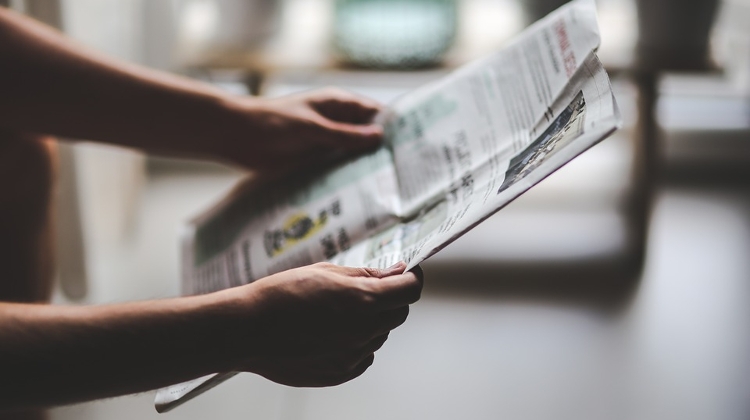 About six months ago a foreign journalist asked whether there is any hard data on the percentage of Hungarian media under the direct influence of the Orbán government.

Interestingly no one has had done the necessary quantitative study. Of course, we all knew that pro-government propaganda was overwhelming, but the figures bandied about were based merely on superficial observations.

At the time, media researchers talked about a 9:1 ratio in favor of the government, which, as it turned out, wasn’t far off. Mérték Média Monitor, a watchdog organization, has been doing a tremendous job ever since December 2011, publishing countless articles on the state of the Hungarian media.

It is especially laudable that all of the articles Mérték has produced are also available in English. Their latest effort is a report on the state of the Hungarian media and the overwhelming preponderance of Fidesz in the media market.

There are several ways to measure the political impact of media organs, and most likely each method has its pitfalls. A large media firm may produce a variety of publications, some of which have nothing to do with politics.

Or, how does one gauge the political impact of the Hungarian state television’s sports channel which, I understand, has short news segments full of government propaganda every half hour? Mérték apparently made some adjustments to all of the parameters in order to have reliable results.

The pro-government media organs are divided into three categories:

(2) the 400-some publications that were consolidated into the Central European Press and Media Foundation (KESMA), and

(3) the organs close to the government (kormányközeli média).

According to Mérték’s calculation, the largest of these three categories is the network of state television and radio channels, comprising 38.1% of all Hungarian media. The Orbán government has been pouring public funds into MTV and MR. All taxpayers finance this government propaganda machine, which benefits only Fidesz.

The three independent FM radio stations–Klub Rádió, Info Rádió, and Karc FM–can reach only listeners in Budapest. In 2010 Klub Rádió had several frequencies outside of the capital, but the Orbán government had no intention of renewing Klub Rádió’s licenses.

In fact, it took an immense amount of international pressure to save at least the Budapest station, which by now is 75% financed by its listeners. Therefore, Magyar Rádió has no competition in the greater part of the country.

More sophisticated and better-off people are aware that Klub Rádió, for example, can be streamed online, but relatively few people take advantage of this option.

The second largest carrier of government propaganda is KESMA, the recently established “media foundation” with about 400 publications, most of them serving the provinces. Their share of the media market is 24.0%.

Since Lőrinc Mészáros has taken over most of the local papers, the number of subscribers has fallen considerably. But if people want to know what is going on in their own backyard, they feel they have to buy the paper, if for no other reason than to learn whose funeral they must attend.

In the last category are the media that are carriers of government propaganda but do not belong to KESMA; they are just “close to Fidesz.” That category makes up 15.7% of the whole.

The largest item in this category is TV2, one of the three television stations that can be seen nationwide and without a cable hookup.

ATV, which is still somewhat independent though it is moving away from political programming, can be seen only on cable, and many cable providers put ATV in the more expensive packages.

So, the final word is that 77.8% of all media is either in government hands outright (62.1%) or owned by Fidesz oligarchs (15.7%). Independent radio and TV stations and newspapers, print and digital, constitute only 22.2% of all media products.

This financial support, in the form of ads for both state firms and government agencies, is given to newspapers and internet news sites without any regard to the size of their readership, which significantly distorts the whole media market in Hungary.

This complaint was sent to the European Commission when the reach of the Central European Press and Media Foundation (KESMA) couldn’t yet be predicted. Now that Mérték was able to assess the considerable impact (24%) of KESMA, the complaint was amended, with the final verdict being that almost 80% of the media is at the disposal of the Orbán government. Such lopsidedness, they maintain, can influence political competition and the fairness of elections.

Three years ago Benedek Jávor complained about the same issue and, as far as he knows, the Commission hasn’t yet taken up the case.

As Miklós Hargitai, president of MÚOSZ, points out in Népszava, when in 2014-2015 the owner of RTL Klub, the international media enterprise Bertelsmann, turned to the Commission because of a new tax on advertisements that discriminated against larger and more profitable media outlets, the EC didn’t hesitate to rule against the Hungarian government and suspended the advertising tax.

Bertelsmann is the world’s largest mass media company, and therefore its word carries weight. But if democratic values are important to the leaders of the European Union, they should do something about the catastrophic media situation in Hungary.