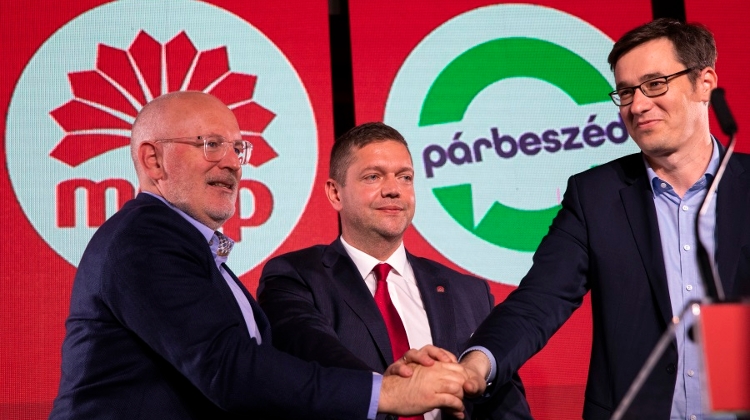 Stopping the advance of “Salvini, Orbán and their extreme right friends” is what’s at stake in the European Parliament elections for socialists and democrats, the leader of the opposition Socialists said.

At a joint campaign event with Párbeszéd, Bertalan Tóth called for a social and green turnaround. Referring to the suspension of ruling Fidesz’s membership in the European People’s Party, he said the Hungarian government had struck itself from its own team’s roster and had lost its ability to effectively represent Hungarian interests.

"Prime Minister Viktor Orbán has been striking alliances with anti-European extremists” which means he will not get a say in the discussion of matters such as the European Union budget, Tóth said.

He called for the introduction of a European minimum wage of the equivalent of 700 euros, a minimum pension of 300 euros, family benefits of 150 euros and student scholarships of 1,000 euros per year.

Gergely Karácsony, co-leader of Parbeszed which has struck an election alliance with the Socialists, said that instead of people’s party leaders, Europe needed new leaders who would build a social and sustainable Europe.

The European People’s Party has failed to restrain “political nobodies” as well as economic lobbies, he added.