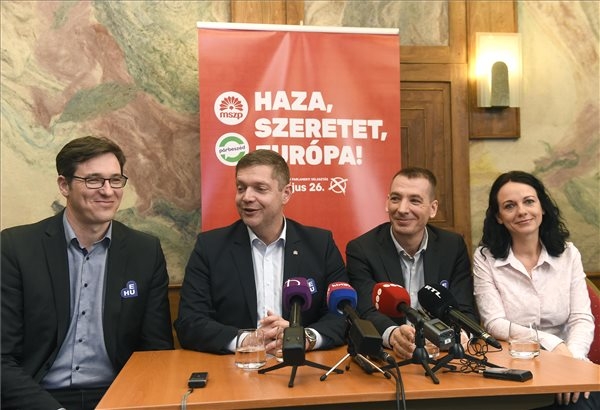 Leaders of the opposition Socialist- Párbeszéd alliance advocated “a strong Europe focusing on its people” at a press conference marking the 15th anniversary of Hungary’s membership of the European Union.

At the time of Hungary’s EU accession “people were dreaming of belonging to a community approaching western living standards, where thinking, the press and education are free, where citizens are protected by law and where governments are accountable,” Socialist leader Bertalan Tóth said.

“That dream has not come true,” Tóth said. “What we have today is just the opposite.”

Ruling Fidesz said in reaction that the real threats to Europe were “pro-migration Brussels bureaucrats, the Socialists and other pro-migration parties wanting to flood Europe with migrants”.

Hungarians are still committed to Europe and the EU, the party’s parliamentary group said in a statement.