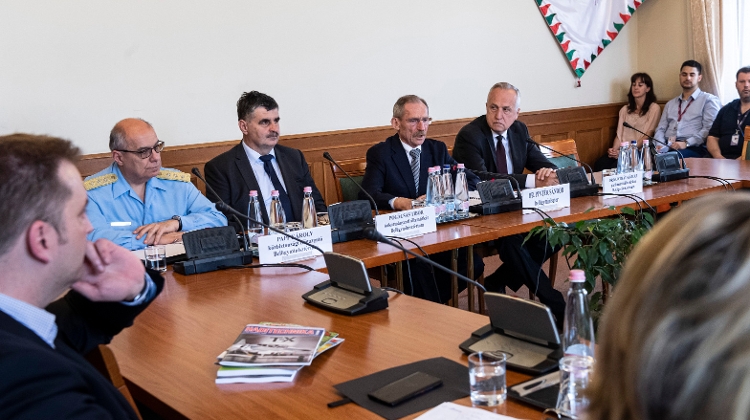 Within half an hour after a river cruiser and a sight-seeing boat collided near the Parliament building in Budapest and the smaller boat sank, the rescue operation was taken over by high-ranking officers of the police and the disaster management authority, he told the committee hearing.

Speaking to the press after the hearing, Pintér said the Hungarian authorities were cooperating well with the South Korean government, embassy and divers.

Pintér said the South Korean experts “have accepted the Hungarians’ arguments” on the dangers of entering the wreck, which is located near Margaret Bridge, under high waters with extremely swift currents.

Visibility is still close to zero, he said, adding that entering the wreck may prove extremely dangerous.

The rescue operation is set to resume and the experts will aim recover as many of the victims’ bodies as possible, Pintér said, “but we do not want further casualties”.

Ultimately, the aim is to remove the shipwreck from the water, he said.

Crane to salvage wreck from Danube soon to arrive.