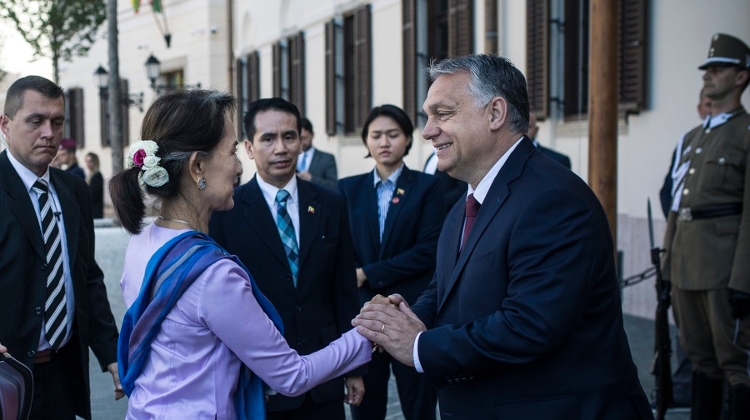 The subjects covered in the talks were illegal immigration and bilateral economic, educational and cultural relations. The Prime Minister received the State Counsellor in his office in the Carmelite Monastery in Budapest.

At the meeting the two leaders highlighted that one of the greatest challenges at present for both countries and their respective regions – South East Asia and Europe – is migration. They noted that both regions have seen the emergence of the issue of coexistence with continuously growing Muslim populations.

Mr. Orbán pointed out that Hungary supports trade cooperation between the EU and Myanmar. At the same time, however, he stressed that Hungary rejects attempts at the “export of democracy” and the approach of bureaucrats in Brussels and elsewhere in the West, who seek to conflate unrelated issues such as economic cooperation and internal political questions.

At the meeting the two leaders said that they would like to place greater emphasis on educational and cultural relations between the two countries, but they also acknowledged unexplored opportunities in the field of economic relations. Therefore it was agreed that the two countries’ foreign trade ministers will intensify their cooperation.

Mr. Orbán said that the Hungarian people have great respect for Aung San Suu Kyi and all she has done for her country’s freedom and democratic transformation.