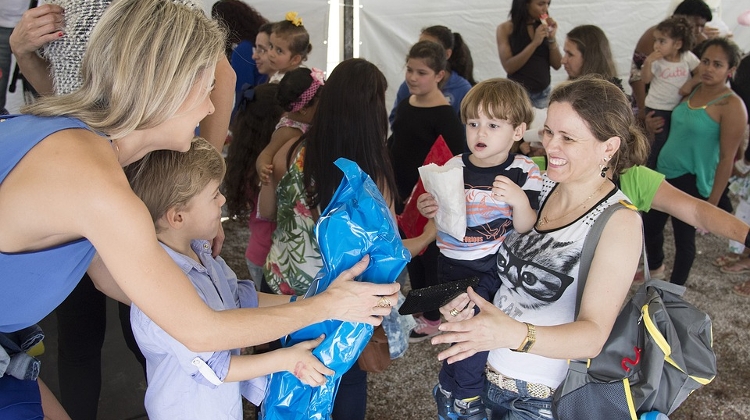 Some 69% of Hungarian employees greatly appreciate when their employer is involved in making donations or supporting charities, helping those in need, according to a survey by job specialist website Profession.hu.

About 14% of respondents said they initiate such activities by themselves, and some 24% take part in initiating them occasionally. Just joining these activities is enough for the majority, as 62% said that they do not take part in organizing at all.

Half of those involved in charity outside the workplace are supported by their employer, counting days spent doing charitable activities as workdays.

The strong commitment to charity is reflected in the fact that almost a quarter of those surveyed do charity work by themselves outside the workplace.

The stereotype that company heads have a heart of stone is turning out to be false, according to Profession.hu, as the proportion of upper management and directors involved in charity outside the workplace is almost double that of regular employees, standing at 49%.

The answers reveal that one quarter of companies support children and the elderly in need, one fifth support NGOs, and 14% support non-profit sports events. Only 31% of businesses fail to be involved in any kind of charity at all.

"When I see in a CV that an applicant has done charitable work, that always catches my attention," says HR expert Kata Ligeti.

"Typically, however, the motivation behind participation in such initiatives is revealed only during personal introductions. When the individual speaks about the experience, it is instantly recognizable whether the applicant was involved in charity because it is fashionable, or whether there is a commitment in the background. When the latter is the case, it gives grounds to the assumption that if somebody believes in something, the person is willing to make effort for it, even beyond expectations."