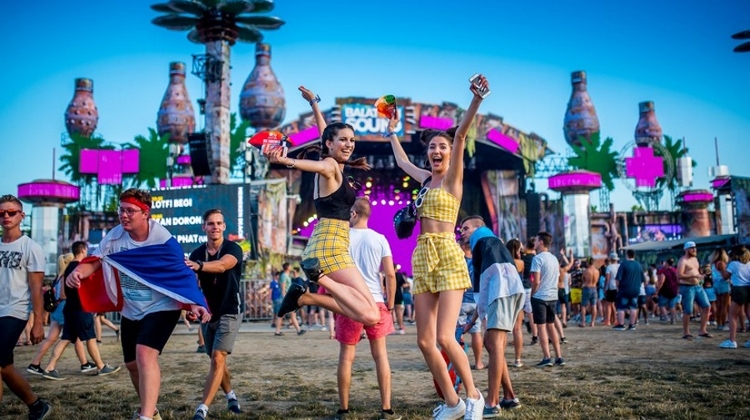 
For the fourth time, the mellow hip world of 'Kolorádó feszt' comes to life on the outskirts of Budapest this June, providing five days of live music and open-air entertainment. Enjoy More!

This mainly electronic music festival, held annually by a picturesque part of Lake Balaton, is one of the largest open-air events in Europe. It features a diverse musical offering set across 9 stages, plus there are 'immersive theatrical performances' and 'carnivals'. Enjoy More!

A cool festival by a pretty little lake in Bánk, where the chilled out atmosphere is miraculously still present despite the rise in its popularity in recent years - hence their self-proclaimed name “the biggest small festival”. Enjoy More!

EFOTT is a mega summer party for students (of life), held for nearly a week by a lake not very far from Budapest. As well as offering great gigs, the organizers say they put much emphasis on sporting and cultural activities... Enjoy More!

The biggest bash in Eastern Hungary’s pop-music calendar, Campus features over 200 shows at up to 40 venues in the leafy surroundings of Debrecen's 'Big Forest'. Enjoy More!

Festival organisers say this special Hungarian event has become one of the world's most influential psychedelic tribal gatherings. Enjoy More!

This increasingly popular summer music festival on the southern shore of Lake Balaton celebrates its sixth birthday in 2019. Enjoy More!

Also known as the 'Mecca of electronic music', the interestingly titled B.My.Lake takes place each year in Hungary to round off the summer festival season with a bang! Enjoy More!

SZIN, which stands for Szegedi Ifjúsági Napok, or Szeged Youth Days, has been providing late summer entertainment for party people in this university city for 50 years. Enjoy More!

Billed as Hungary's 'Premium Boutique Music Festival', this 16-year old entertainment fest is held in the west of the country each year in, yep, Veszprém. Enjoy More!