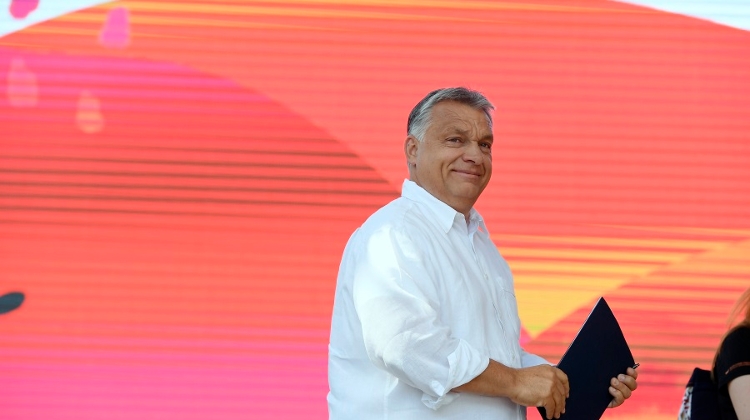 In his annual address at Tusnádfürdő, PM Orbán defended the idea of ‘illiberal democracy’ and offered a new definition of what he means by it, namely ‘Christian liberty’.

In his annual address at the Free Youth University at the Transylvanian resort town of Băile Tusnad (Tusnádfürdő) in Romania, the Prime Minister reflected on the past thirty years.

He focussed in particular on the past ten years, during which he said that Hungary has regained its sovereignty. PM Orbán defended the idea of illiberal democracy (first mooted in his 2014 speech in the same resort), suggesting that it means defence of national culture, rejection of international empires and standing up for what he called ‘Christian liberty’.

He added that he endorses democracy but not liberalism, and puts the collective interest before that of the individual. The Prime Minister also said that his government will introduce new incentives to maintain fast GDP growth even if European economies slow down.

The pro-government analyst believes that PM Orbán was the first to staunchly criticize ‘totalitarian liberal hegemony’ and fight anti-democratic ‘elite cartels’ which respect neither the people nor democracy.

Lánczi points out that Christian democratic governments have been elected in Poland, Italy, and Austria as well as the US. He predicts that Mr Orbán will be criticized by liberals, but his ideas are nonetheless becoming mainstream.

The liberal commentator believes that the Hungarian leader creates bogeymen then accuses them of attacking the Hungarian nation as well as Christianity.

Magyari accuses him of uprooting independent institutions and of large-scale corruption. The Prime Minister now wants to sell his power politics as a political vision, Magyari suggests.