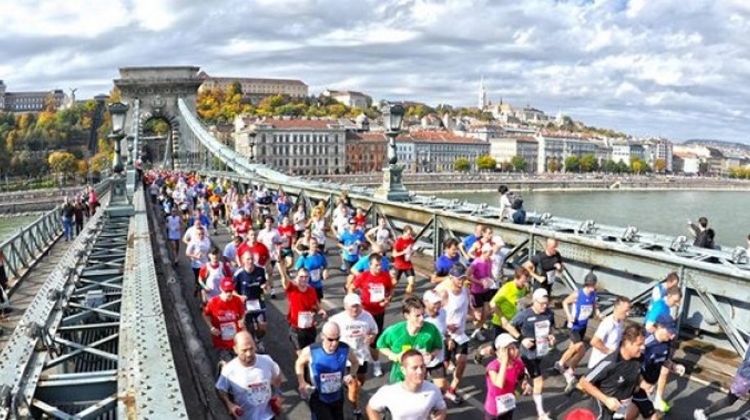 Participating in the half marathon is essentially a running sightseeing tour of the beautiful Budapest. The course runs through the heart of Budapest, crosses several bridges and passes the most well-known sites of the city. Admire the view of the Buda Castle from the Danube banks and marvel in the panorama of Pest as well as Europe’s third largest Parliament building!

Run the 21 km individually or with your friends in a team of two or three.

There are over 15.000 participants on all the distances, with more than 10.000 half marathon runners and 1500 teams. However, no need to worry about crowding and overtaking as the start is done in waves so everyone has plenty of space to run.

In 2018, there were more than 2700 foreign runners, almost 2000 of whom run the half marathon, from 82 countries. Most runners came from Britain, Slovakia and Poland, but there were also participants from Chile, Indonesia, and Singapore, just to name a few.

Along the course there will be refreshments every 4 to 5 kilometers and of course continuous medical supervision. Pace runners will help you hit your desired tempo. But having fun is just as important as running so we’ll maintain several musical points along the course for your entertainment.