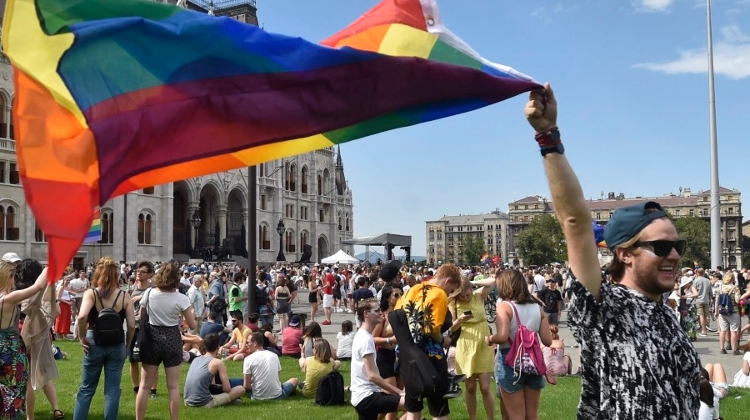 Dóra Dúró, the party’s deputy leader, told a press conference on Sunday that she had submitted a written query regarding police security at the “LGBTQXYZ march” to the interior minister but had received no substantive response.

Dúró read out the ministry’s written response which said that “the effective execution of police duties prescribed by law is guaranteed by the budget.” She said she had not even received a response regarding the costs of police security at last month’s event.

Dúró said this was “extremely impudent” on the government’s part, arguing that when a Fidesz MP had submitted a similar question in 2009, the interior ministry at the time had released the relevant data.

“The current Fidesz-led government is even more secretive about the costs of the march than the left-liberals were at the time,” she insisted. Dúró called it discriminatory that “people were let into the Pride march solely based on looks and clothing”, adding that the police had assisted the organisers in this.

She said the interior ministry had even refused to answer whether it was concerned by this practice. Dúró said the authorities could have banned the Pride march altogether for the “exact same reason” they had banned a march Mi Hazánk planned for Törökszentmiklós ahead of the May European Parliament elections.

She said her party was the only one that would ban the Pride march. “[Ruling] Fidesz and the government hypocritically tolerate this [being held] on the streets of Budapest and the left-liberal bloc together with Jobbik support it,” Dúró said.

She said she would keep submitting questions to the interior ministry regarding the Pride march until she gets “a substantive response”.