Opinion: Budapest Might End Up On “World Heritage In Danger” Blacklist 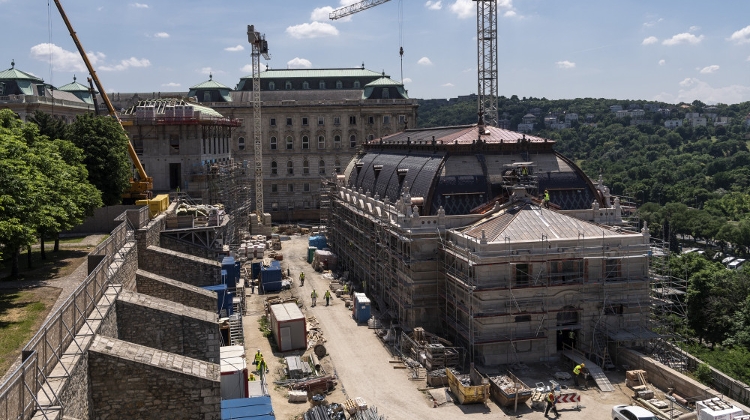 On 4 July, the UNESCO World Heritage Committee voted a strict decision concerning Hungary that requests the state to submit by 1 February 2020 an updated report on a list of issues found by the committee.

This decision means that the Hungarian government was given 6 months to solve a number of issues concerning the Budapest world heritage sites. If the government fails to meet the 1 February 2020 deadline or its response does not satisfy the committee, the committee will consider inscribing the Budapest location on the List of the World Heritage in Danger.

After Átlátszó reported on the UNESCO decision regarding the World Heritage Sites and presented the background of the story, now here is a summary, along with relevant excerpts from the report that substantiated the decision of the World Heritage Committee in Baku. This is a response to the cynical question asked by the government: why now?

The 66-page long report was written based on the findings of the ICOMOS Reactive Monitoring Mission that visited Budapest in 29-30 April.

The second paragraph of the unusually long, 7-page executive summary states that “The Committee noted with concern that a number of large-scale development projects proposed within the property, its buffer zone and its wider setting which might substantially impact on the Outstanding Universal Value (OUV) of the property.”

The length of the executive summary is an unequivocal sign that the preservation of the Budapest World Heritage property is increasingly endangered by a number of problems. The report makes it clear that the problems are rooted in the disregard of the rules world heritage sites are subjected to.

These rules are set out in the World Heritage Convention, and the guidelines concerning the implementation of the convention. Hungary, by signing the agreement, agreed to follow these rules.

Among other requirements, the signing country must report to UNESCO any planned construction development in the protected area, so UNESCO can assess the impact of the construction on the world heritage site.

Notice should be given as soon as possible (for instance, before drafting basic documents for specific projects) and before making any decisions that would be difficult to reverse, so that the Committee may assist in seeking appropriate solutions to ensure that the Outstanding Universal Value of the property is fully preserved.”

The report points out that the government does not follow the rules set out by the convention, and it did not follow the recommendations of the previous mission that visited Budapest on 4-8 February 2018:

“The Mission analysed a number of issues and threats to the property. Many large projects and interventions occur without a clear and comprehensive management plan for the property and its buffer zone or a city development plan for the whole city, though each district seems to follow plan of sorts.

Given the number of new constructions in and around the property, completed, ongoing, and proposed, it seems that a number of projects when proposed are not shared with the World Heritage Centre (WHC) for review by the Advisory Bodies in conformation of procedure as per paragraph 172 of the Operational Guidelines prior to commencing works. (…) In general, construction-permits are delivered without the due processes as detailed in the paragraph 172 of the Operational Guidelines.

Many proposals have not included detailed plans for major interventions within the property or the buffer zone and for several no Heritage Impact Assessments (HIA) following the guidelines of ICOMOS have been submitted.

Even when HIAs have been prepared, they have not followed international standards, and have not been led by highly qualified contractors who are independent from the investors, and have not contained verifiable analysis when they have been submitted for review by ICOMOS.

Adequate studies for assessing visual impact have not been carried out. Special projects development areas have been demarcated and empowered with authority to propose and implement development and restoration works and run programmes in them with a view to the cultural offer and/or financial benefit including through tourism.

As a result, a number of new constructions are underway that may have a negative impact on authenticity and the visual impact of the property, within the buffer zone and in its wider setting.”

After reviewing the requests, we have no doubt that these recommendations were made with good intentions, stemming out of genuine concern and responsibility towards the preservation of the Hungarian cultural heritage.

The report analyzes the planned construction projects that threaten the setting and authenticity of the 9 most important world heritage sites, formulating a number of new recommendations.

The decision of the World Heritage Committee in Baku was adopted because the government did not take positive action as a result of these recommendations.

This is the assessment of the mission regarding the Hauszmann Plan:

“Furthermore, large scale reconstruction work is ongoing at the Buda Castle quarter as part of the Hauszmann Plan that poses a threat to the authenticity of the property’s OUV.

The approach employed is to reconstruct buildings or parts of it that have been destroyed during World War II or in the communist period to recover an idealized older history. Such reconstruction on a large scale, however, leads to important and cumulative threats to the authenticity of the property. These are compounded by the fact that often façades are maintained whilst the interiors of historical building are replaced.

A retro-architecture blurring distinctions between contemporary interventions and historical ones create a fixed, stereotypical and idealized image of the past rather than a rich and layered reading of historical epochs.

The Mission was not provided with any overall clear and detailed rationale that could offer a justification for the major interventions that were in progress or planned and which had the potential for highly adverse impact on OUV.

As the decisions were made and activities being implemented, the Mission saw no further reflection among the responsible officials on the appropriateness of the approach which is clearly necessary.”

The report contains worrying observations regarding individual projects. For example, this is written about the Mahart building project:

“The façade has become just a thin layer covering a modern building. Evidently, this kind of operation leads to an important threat to authenticity.”

“The Mission was informed that a newly decided legislation limits the height of buildings to 40 meters; however, the Planning Council has the possibility to permit a height up to 65 meters however, it is not clear on what basis this modification will be accepted by the Planning Council.”

Here the government clearly misled the mission, because the height of the buildings was never limited to 40 meters in Budapest. Today, the lower limit is 65 meters, higher constructions needing the approval of the Central Constructions Planning Committee. The maximum limit for constructions in 90  meters.

We have no doubt that the government knows very well “why now” decided UNESCO to take the issue one step further. It is also clear which projects will be examined when they will discuss whether they withdraw the world heritage title. We hope there will be a change in the way the authorities treat these issues, as the mission formulated their findings very clearly:

“The Mission is convinced that the property has reason to be inscribed on the List of World Heritage in Danger.”