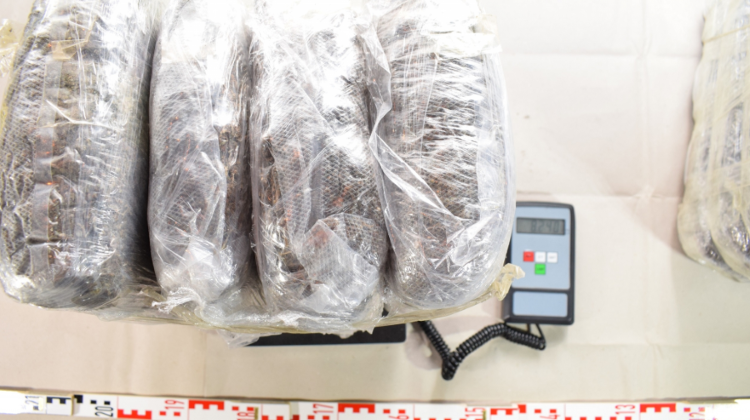 Police have arrested suspected members of an international drug trafficking network in Budapest, the national police headquarters said on its website.

A Croatian, a Hungarian and a Kosovar suspect were caught red handed by investigators of the operational police force on Thursday as they were getting ready to sell marijuana worth 115 million forints (EUR 350,000) in Budapest’s 10th district.

Police had received a tip that a major drug transaction was about to go down in the capital and planned their operation. They checked all three suspects and then inspected the van in which the drugs were hidden.

The investigators found two boxes containing 46 kilos of a substance later confirmed to be marijuana stashed in the cargo compartment of the van (pictured on top).

The 32-year-old Croatian, 57-year-old Hungarian and 23-year-old Kosovar national were taken into custody and police have initiated legal proceedings.