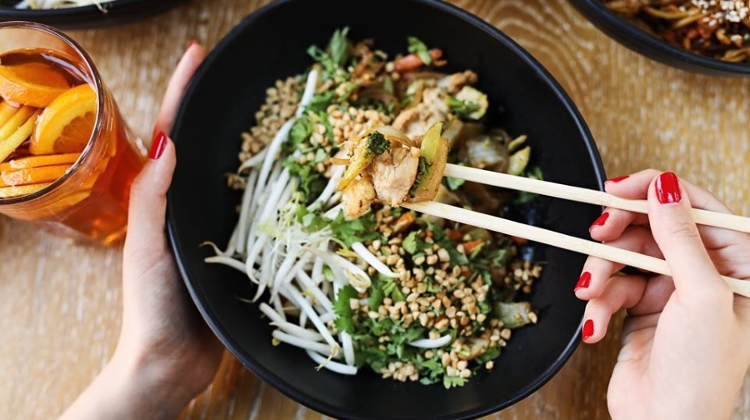 The popular Padthai Wokbar chain, currently present in the capital with seven restaurants, has announced the start of home deliveries through a cooperation with food delivery firm Wolt, says a press release.

The chain has been facing increasing demand from customers to start delivering food since its first restaurant opened seven years ago.

“For a long time, we were not open to deliveries, but then taking into account customer demands and frequent feedback, we felt that it would be worth starting Padthai home deliveries,” says co-founder Máté Kanóczky.

“However, we did not want to take this step only in hope of profit. Our basic principle is that every customer should get their food fresh, in the best possible quality, and to ensure this in case of delivered meals, we had to wait for the proper partner. Finally, we have found Wolt, who represent the same quality and standards in the business as we do.”

At first, customers were able to order food during a test period at the end of August. Kanóczky says special attention was paid to customer feedback during this period in order to be able to fine-tune the system.

The first 150 customers who ordered received surveys as well in order to point out potential areas to improve.

Currently, deliveries are available in Buda in the entire service area of Wolt. The dishes for delivery are made in a separate kitchen, with Padthai adding a new section to its restaurant in the Mammut mall, which only makes food for delivery.

The company plans to expand the service to the Pest side of the capital as well by the end of September, using the same separate kitchen method.

Food on the delivery menu only slightly differs from meals in the restaurant. The owners say they want to ensure the same quality in case of deliveries.

Customers are able to pick their ingredients just as they can in the restaurant, or select one of Padthaiʼs favorite combos. Vegan, Fit, and Gluten-free options are available too, as are the chainʼs signature dessert cups and bottled “padteas.”

Padthai Wokbar will open its first establishment outside Budapest in the near future, at the Corvin Sétány in Győr.