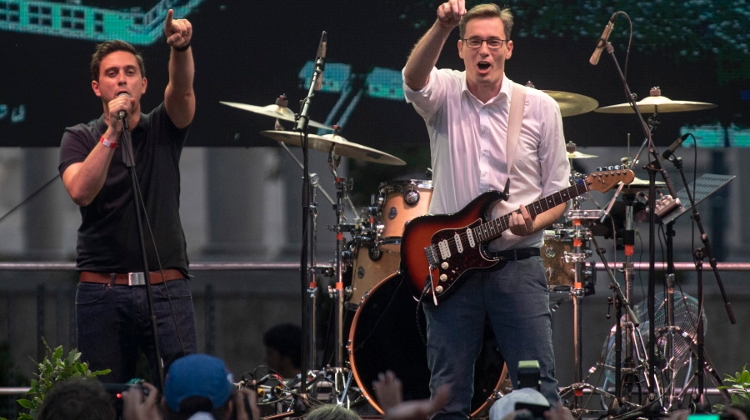 A left-wing pundit expresses concern that in the event of an opposition victory in the Budapest mayoral election, the government will punish the capital by not giving it enough money. A pro-government columnist thinks that Gergely Karácsony (pictured on top) lacks the necessary expertise and vision to lead Budapest.

The left-wing commentator likens Budapest to Istanbul, claiming that the leadership of both cities wants to stifle any criticism with authoritarian measures. Beck speculates that by building up a huge debt, Mayor István Tarlós wants to tie the hands of his successors if he fails to keep his post.

If the opposition does win Budapest, Beck continues, the government will also try to punish the capital by limiting its access to public money.

In Magyar Nemzet, Gergely Kiss comments on opening event of the opposition campaign. Gergely Karácsony , Kiss suggests, lacks the expertise to lead Budapest, and the opposition has no idea how to run the capital.

The pro-government columnist finds absurd suggestions that Budapest is in any ways similar to Istanbul. He contends that the opposition is united only be their hatred of the government.

As for Karácsony, Kiss suspects that the opposition mayoral candidate is only a ‘puppet’ rather than a credible person to lead Budapest.