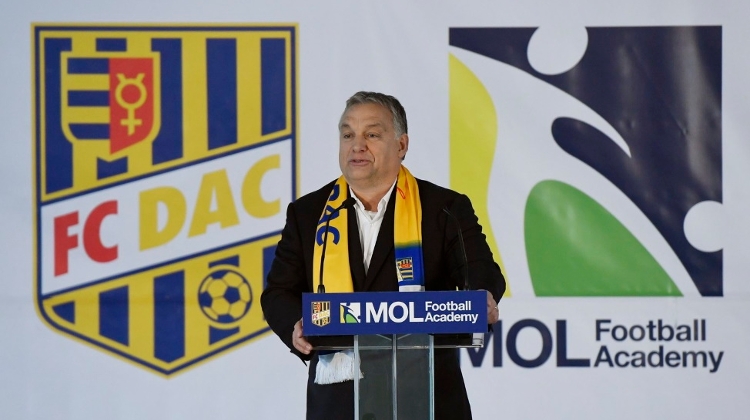 Viktor Orbán is featured in a new book on the links between football and populist politicians around the globe, website 24 reports.

The book by British writer David Goldblatt argues that populist leaders use football to achieve their goals, according to a review in UK newspaper The Guardian.

Goldblatt notes that one of the first steps taken by Orbán upon gaining power in 2010 was to establish a central fund for rebuilding the football stadiums of all teams in Hungary’s first and second divisions, with contracts awarded to Fidesz construction companies. The stadium next to Orbán’s home in Felcsút is cited as the most striking example.

In response, government spokesman Zoltán Kovács tweeted yesterday that “the Guardian has blamed PM Orbán for a lot of sinister things over the years. But this one really takes the cake: now they say the PM is among the global forces draining the life out of football.”