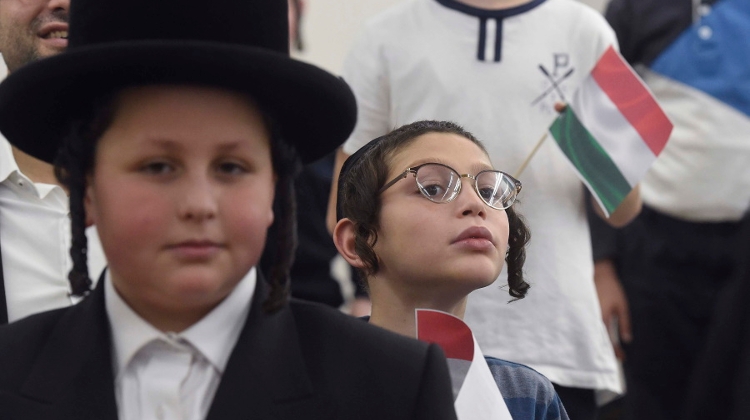 Orbán said he was “happy to see the largest Jewish community in central Europe living … in peace and security and even organising cultural and sporting events that draw their brethren from other parts of the world.”