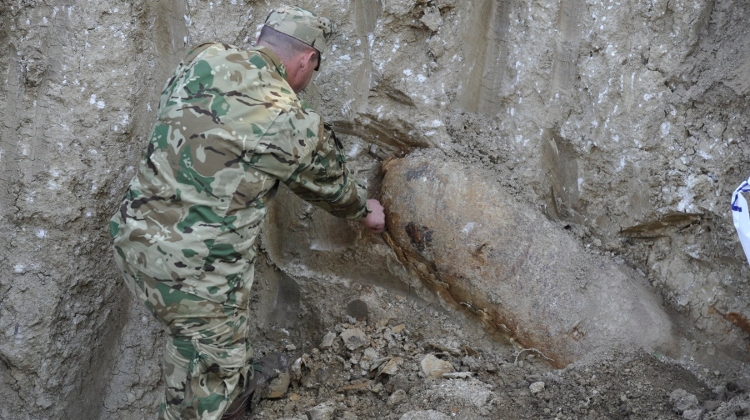 The bomb was found on a construction site.

Péter Debrődi, a member of the bomb squad, said that a total of 686 flats inhabited by around 2,000 people had to be evacuated in the neighbourhood during the operation.

The neighbouring streets and squares were closed and detours were implemented for public transport services.

According to estimates, around 10% of the bombs dropped on Budapest by the Allies during WW2 failed to detonate and some of them are still underground, he said.