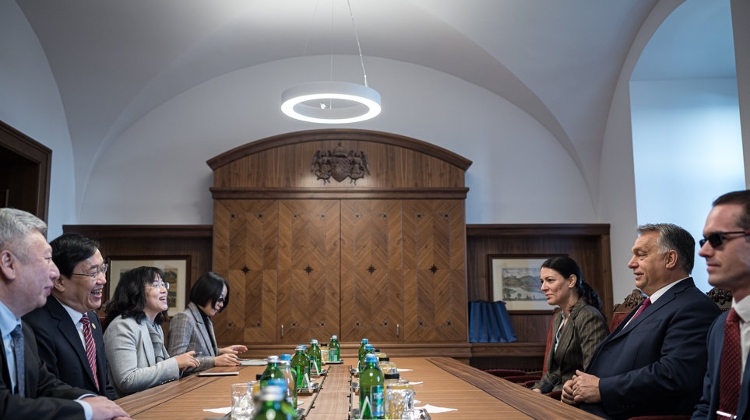 Prime Minister Viktor Orbán met with a delegation from China’s Fudan University, which is establishing a campus in Hungary, at his office on Thursday morning.

University rector Hsu Ning-seng informed Orbán about the operation and plans of the institution.

The university’s four campuses in China have 11 faculties, 35 institutes and 17 associate hospitals.

The MNB signed a co-operation agreement in 2017, under which Fudan University will establish a campus in Hungary.

It will be based on Úri utca, in the former Buda Castle city hall. The renovated building houses several centres under the name Wise Castle.

Hungary and China agreed in the autumn of 2018 to support the activity of Fudan University in Hungary to promote higher education co-operation, especially in the fields of economics, social sciences and information technology.