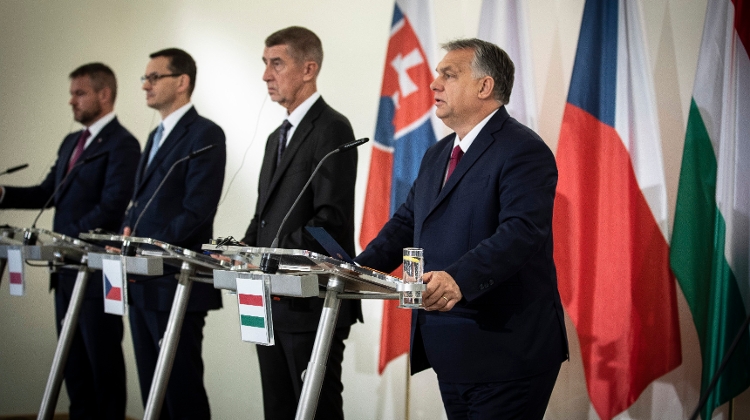 The European Union budget proposal put forward by the outgoing European Commission is “unfair”, Prime Minister Viktor Orbán said in Prague after the Friends of Cohesion summit held together with Visegrad Group leaders.

Orbán said the proposal under discussion across Europe contained faults that could be laid at the doorstep of the outgoing commission. He said rebates should be scrapped.

If member states’ rebates were recalculated taking into account the size of its payments in relation to its national product, “then we get a completely unfair picture”, he argued.

Further, the fact that much of the funding for central European countries “goes back” to western states should be taken into consideration in the budget proposal, he said.

Moreover, it was unfair to reduce cohesion funds on the basis that “the poorer someone is, the more money they lose, while the richer loses less”.

Orbán said the situation was similar in respect of climate policy. In order for Hungary’s economy to become carbon-neutral by 2050, 2.5% of GDP will have to be spent each year on economic reforms, while the Netherlands would have to spend 0.5% to achieve the same, he said.

Hungary was ready to hit its 2050 target but wanted to see funding sources in the EU budget to help the country achieve it, he added.