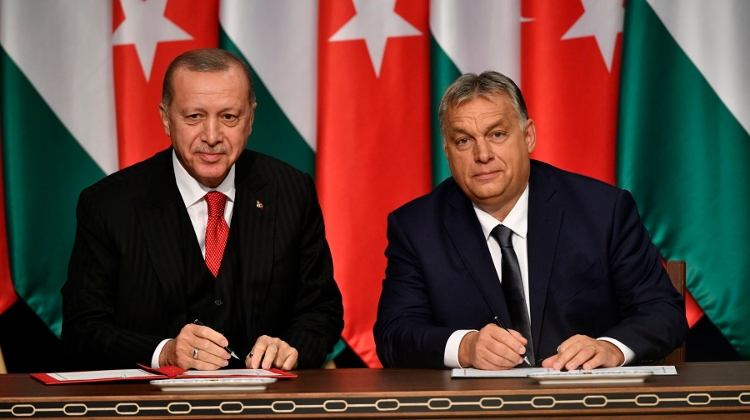 Turkey is Hungary's strategic partner when it comes to security and the issue of migration, Prime Minister Viktor Orbán said after talks with Turkish President Recep Tayyip Erdoğan in Budapest.

Orbán said Hungary appreciated Turkey’s actions to stop 350,000 illegal migrants from travelling to the European Union this year, he said. “Had [Turkey] not done so, all these people would be amassed along Hungary’s southern border,” Orbán said, adding that Hungary was capable of protecting its borders and it was certain that no illegal migrants could cross Hungary’s borders.

The PM pledged to take part in reconstruction programmes in Turkey’s neighbourhood and in the safe zone commensurate with Hungary’s “weight”.

He said Hungary fell within a geographical area defined by Istanbul, Moscow and Berlin.

Orbán noted that President Vladimir Putin and German Foreign Minister Heiko Maas visited Budapest recently. “This is just the foreign policy we want to pursue … and we’re working closely with the countries that are determiners for Hungary.”