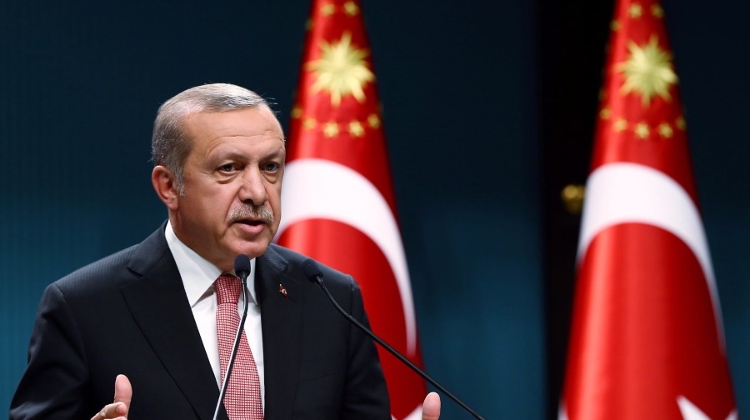 The website of the Hungarian Police has published a list of road closures today and tomorrow, as President of Turkey Recep Tayyip Erdoğan is due to visit Budapest, where he is expected to face protests, according to local media reports.

The convoy of the Turkish president will drive through certain areas of Districts 1, 2, 5, 6, 14, and 15, plus the M0 and M3 motorways, Heroesʼ Square and the Chain Bridge up to Buda Castle. For more information on road closures, visit police.hu.

A demonstration will also take place on Thursday, starting at 2 p.m. at Oktogon. According to the Facebook site of the event, organizers have planned the protest to show solidarity with the Kurds, the ethnic group heavily affected by Turkeyʼs military operations in Syria.

Protesters are expected to march through Nyugati tér, over Margit híd to Széll Kálmán tér, before proceeding to Szentháromság tér in Buda Castle. Some 4,000 people have indicated on Facebook that they will attend, with a further 14,000 interested.

President Erdoğan is scheduled to attend the next session of the Hungary-Turkey high-level strategic council on November 7.

With respect to the ongoing situation in Syria, Minister of Foreign Affairs and Trade Péter Szijjártó was cited by official Hungarian government website kormany.hu in mid-October as stressing that it is in Hungary’s interests for the Turks to solve the immigration problem in the direction of Syria, and not towards Europe.

Szijjártó was speaking to public media in Baku, Azerbaijan, on October 15, where he attended a session of the Turkic Council as part of the Hungarian delegation led by Prime Minister Viktor Orbán.

“With relation to Turkey’s operations in Syria, the Hungarian government need only take one thing into consideration: the interests of the Hungarian people,” said the foreign minister.

“Hungarian national interests dictate that we must avoid hundreds of thousands or possibly millions of illegal immigrants from appearing at Hungary’s southern border.”