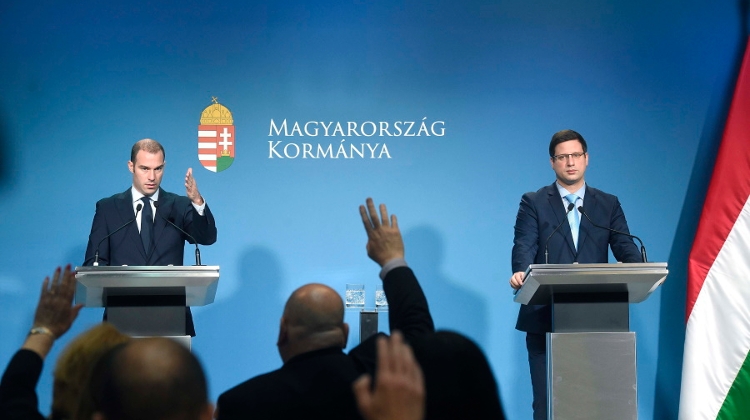 The government is providing hospitals with a 79.4 billion forint (EUR 242m) financing package with a view to improving health care and reducing hospital debt, Gergely Gulyás (pictured on top right), the head of the Prime Minister’s Office, told a regular government press briefing.

Fully 36.6 billion forints will be ploughed into modernisation projects and 15.7 billion will go towards outpatient services.

The government will not simply take over the debt but negotiate it centrally, making sure that billed services are justified, he said. The finance ministry has appointed a financial supervisor for 13 hospitals whose finances are especially precarious. The aim, he said, is to avoid similar situations in the future by setting stricter management enforcement rules.

Gulyás said that maintaining state inpatient care had been a good move since this has kept a lid on debt.

Meanwhile, on the topic of education, he said no changes to the national curriculum had been adopted that would have justified drafting new legislation wholesale, so amendment proposals will be presented to parliament. The details will be refined over the next two weeks, he added.

On another subject, Gulyás said he disagreed with his predecessor, János Lázár, who said the ruling Fidesz party had lost the October local elections. He said whereas Fidesz had lost “positions” it had “won on points”.

Addressing a question concerning Fidesz politician György Simonka, who has been charged with economic crimes, Gulyás rejected the charge that a change in the definition of a criminal organisation had been made to benefit Simonka.

The changes reflect the original intention of the bill’s sponsor, he insisted, namely that the definition of a criminal organisation included a hierarchy as a requisite, as against the previous interpretation which had been broader.

Meanwhile, Gulyás said the foreign ministry had not received a complaint from Croatia concerning a photo of a Fidesz meeting addressed by the prime minister in which a map of Greater Hungary had appeared in the background.

Fidesz’s headquarters were built in 1905, and the map had featured on the wall at the time of construction, Gulyás said. The wall was restored to its original condition after having been covered up during the communist period, he added.