National Bank Of Hungary Leaves Base Rate On Hold 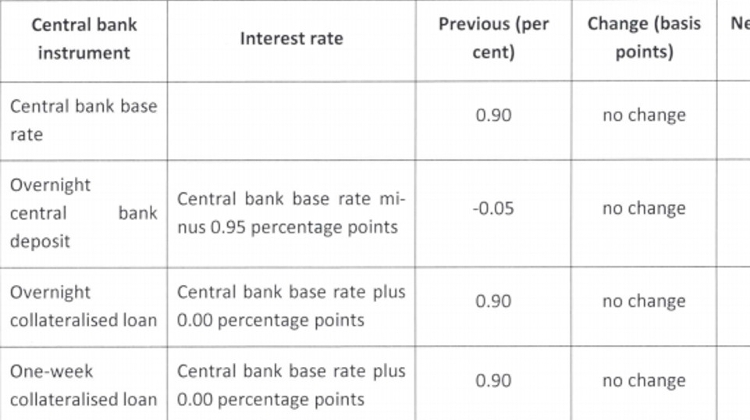 Rate-setters of the National Bank of Hungary left the base rate unchanged at 0.90% and the central bank O/N deposit rate at -0.05% at a regular meeting on Tuesday.

The Monetary Council has not changed the base rate since May 2016, though it has tweaked monetary policy on a quarterly basis, coinciding with the publication of the central bank’s Inflation Report.

The NBH will publish its latest Inflation Report on Thursday, but it released the main forecasts from it on Tuesday.

The Council said in a statement that CPI “is expected to rise further temporarily until January 2020, mainly reflecting the base effect of fuel prices and the increase in food prices”.

“Following a gradual decline, inflation is likely to stabilise at the 3% inflation target in the second half of the forecast horizon,” the rate-setters added.

The NBH’s measure of core inflation excluding indirect tax effects — a bellwether indicator of underlying inflation — “is likely to decrease from the first quarter of 2020”, the Council said. It noted that inflation expectations “remain anchored”.