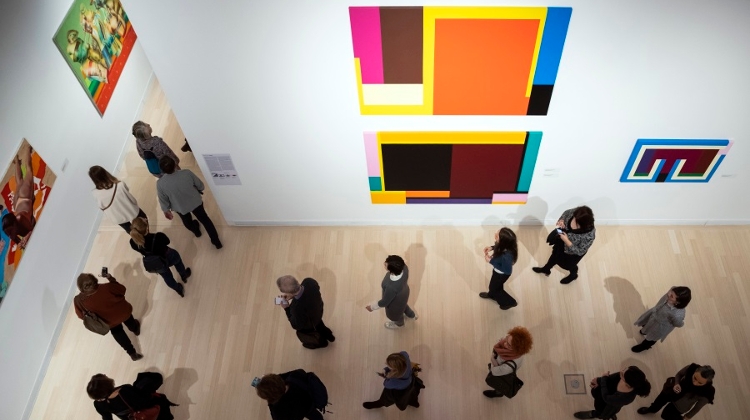 Shown until 24 March. It was fifty years ago that the paradigmatic exhibitions Iparterv I. (1968) and Iparterv II. (1969) took place, augmenting the canon of Hungarian art history and denominating an entire generation of artists.

Riding against the currents of György Aczél’s rigid socialist cultural policy and along the period’s international trends and the events of the Western art world, the exhibitions were organized by art historian Péter Sinkovits at the downtown building of the Iparterv State Architectural Office.

The second Iparterv exhibition in 1969 included four more artists, András Baranyay, János Major, László Méhes and Tamás Szentjóby, as well as new tendencies. The neo-avant-garde artists introduced at the Iparterv I. and II. exhibitions formed no homogeneous group: the shows equally represented the latest tendencies of abstract as well as figurative art.

At the same time, the “Iparterv-phenomenon” stands for more than just two exhibitions: it marks a period as well as a broader intellectual scene.

Apropos of the anniversary, Ludwig Museum organizes a series of events titled IPARTERV 50+ in order to evoke the various registers of the social-political reality characterizing the ‘60s and ‘70s, the contemporaneous scene surrounding the Iparterv exhibitions, their art-historical antecedents and their impact on subsequent generations, with the contribution of former exhibitors, organizers, fellow artists and experts working on processing the art-historical event.

Their objective is not to reconstruct the legendary exhibitions, but much rather to create a discursive situation centred on the academic conference In Pursuit of the Iparterv-phenomenon and round-table talks with the participation of Iparterv-artists, as well as an exhibition presenting their latest works.

The group exhibition IPARTERV 50+ presents a selection from the latest (or, in case of concluded oeuvres, the last) works of the artists who were represented at the Iparterv exhibitions of 1968 and 1969.

Additionally, the exhibition features works by contemporary artists reflecting on specific works by Iparterv-artists or the Hungarian neo-avant-garde in general.