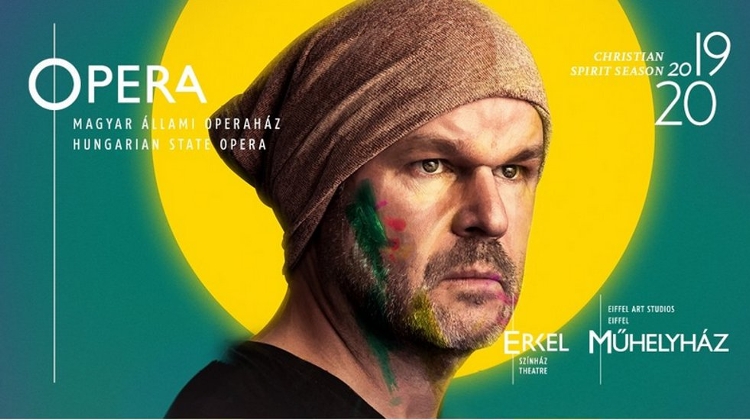 Having celebrated the Puccini anniversaries, with its new season the Hungarian State Opera will introduce the 52nd International Eucharistic Congress that is to take place in Budapest in 2020.

The Opera announces its Christian Spirit Season as a monumental prologue to this significant event.

At the Erkel Theatre and the newly opened Eiffel Art Studios, productions are to be staged that have either been inspired by biblical stories, or those that convey Christian ideas and values in more indirect ways, but also ones which debate them.

Opera premieres: The Christian Spirit Season aims to showcase 400 years of opera from Monteverdi to contemporary works. In its new season, the Opera will see such important operas return to stage as Parsifal or Don Carlo, as well as Die Entführung aus dem Serail in the OperAdventure series.

Fans of opera will again have the opportunity to get to know pieces like Mathis der Maler and Dead Man Walking, neither of which have so far been performed in Hungary. They can also discover operas that have not been performed for decades, and many popular ones can be heard in reorchestrated versions.

Ballet premieres: With the 2019/2020 premieres, the Hungarian National Ballet will mostly conquer the new Bánffy Stage to expand their repertoire with exciting new choreographies, including several Hungarian and world premieres. For fans of more classical pieces, the company will also stage a spectacular show: after a hiatus of some decades, Laurencia will return in a new production to the Erkel Theatre.

During the new season, while the Opera House is still under restoration, it is the Erkel Theatre that offers nearly 300 programmes. It is here that the most spectacular operas and ballets as well as grand operettas, oratorios and concert performances can be seen.

The new venue of the Opera, The Eiffel Art Studios await a smaller audience more committed to less mainstream genres. It is they the Bánffy Stage has been built for: a huge orchestra pit and stage along with a more intimate auditorium seating 400 to be the venue for baroque opera adaptations, 20th century music, and contemporary works including contemporary dance pieces – sometimes at matinées, mostly in the evening, and occasionally at night.

Individual tickets on sale from 1 July 2019.