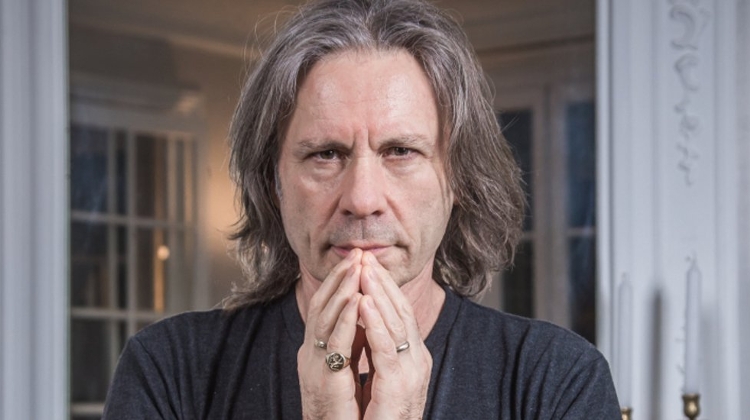 Bruce Dickinson is considered one of the world’s most storied musicians. Aside from decades spent delivering high-octane performances with his larger-than-life persona in IRON MAIDEN, Bruce has lived an extraordinary off-stage existence too.

A true polymath, Bruce is, or has been, an airline pilot and captain, an aviation entrepreneur, a beer brewer, motivational speaker, film scriptwriter, twice-published novelist and best-selling author, radio presenter, TV actor and international fencer.

The 2017 publication of his New York Times & UK Times Best-Seller autobiography What Does This Button Do? saw Bruce promoting the book by undertaking a small number of readings and Q&A in theatres around the UK.

What Does This Button Do? - An Evening With Bruce Dickinson has since evolved into a full-blown one-man show, more akin to a stand-up comedian’s routine, lasting well over two hours and touring the globe to critical acclaim, including a sold-out performance last summer at the largest arts festival in the world, the Edinburgh Festival Fringe.

Split into two parts, the first half of the show sees Bruce taking a humorous, often satirical look back at his colourful, roller-coaster life. Delivering compelling tales in his uniquely anarchic style and punctuated with photographs, he recounts anecdotes not just from the book, but others deemed either too risqué or otherwise to have made the final edit…..!

The second half of the evening is devoted entirely to a Q&A session, where fans’ quirky, frank and often completely leftfield questions are tackled with completely improvised - and invariably quick-witted - responses by Bruce, all of which makes for a highly entertaining and enjoyable night out.

Do not miss this unique opportunity to witness one of the world’s most captivating icons in an intimate environment when Bruce Dickinson brings his one-man speaking show for the very first time to Budapest.

The show will be in English language!

“There were moments of laughter, moments of raucous applause, and moments when you could have heard a pin drop, as we hung on his every word…a master storyteller. Highly articulate, animated, witty and at times downright hilarious” – Heavymag, Sydney, Australia

“What struck me in his conversation was his ability to ad-lib and move with the audience….it really was an interesting evening…don’t miss it” – Wall Of Sound, Sydney, Australia

“Dickinson’s show flowed beautifully….he is an excellent storyteller…a consummate showman, and this speaking engagement only proved to solidify that notion. For fans of Iron Maiden, rock and metal, aviation or just interesting lives in general, Dickinson’s show is a must-see” - Overdrive, Melbourne, Australia

“Armed only with his humour, charm and a simple slide show, Bruce Dickinson offers an intimate idea of ​​his dazzling life. There are diligent jack of all trades and creatively exuberant entrepreneurs. And then there's Bruce Dickinson - who plays in his own league " - Aftonbladet newspaper, Sweden

"Bruce Dickinson is a superstar… When you dig deeper, you find that his tremendous sense of humour facilitates the telling of an epic story. This man has an enormous heart and fighting spirit." – Copenhagen Post newspaper, Denmark

"Dickinson is a power of nature on stage…”  - Turun Sanomat newspaper, Finland

"Dickinson was on fire, strolled around on the stage, making ruthless fun of himself. And others. Extremely witty as was to be expected” – Morgunbladid newspaper, Iceland

“The talented Mr. Dickinson….is a perfect stand-up comedian…as if he had done nothing else in his life” -  Tages-Anzeiger newspaper, Switzerland.

“An incredible front man in every sense of the word, an excellent entertainer and performer, but what we didn’t know is that he is also an outstanding speaker, full of wit!” – Red HardnHeavy website, Spain